God said His Word is perfect and He would preserve it...


"The words of the LORD are pure words: as silver tried in a furnace of earth, purified seven times. Thou shalt keep them, O LORD, thou shalt preserve them from this generation for ever." (Psalm 12:6-7)

God says the scriptures are perfect and that he supernaturally preserves his word. Let's look at some more evidence... 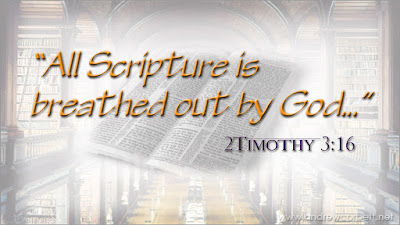 1. 144,000 who go before Jesus -- The verse at Revelation 14:3 tells of the 144,000 who will be purchased from the earth at the Lord's return but it is the next verse that's more important and describes who these 144,000 are. Is it coincidence the verse is Revelation 14:4 (144) whose verse number matches those who it describes? This might be chance except all the other examples tell us this is most likely by design.


3. The 24,000th verse highlights the DAY of the Lord-- at intersections of 4 references to number 24s about the Day of the Lord -- Matthew 24:42 is about the Day of the Lord. It is the 24th chapter, it's about the DAY (24 hours) of the Lord; and the 42nd verse (reverse of 24) is the key verse to watch out for we don't know when this DAY will occur. These three references to things related to 24 are all found in the 24,000th verse of the Bible! Now that just blows my mind! Mathematics shows it's statistically impossible for this to be chance occurrence (calculated at billions to one could not be coincidence).

5. 69 weeks of prophecy (7 and 62 weeks) confirmed by numbers -- In the 276th verse of the book of Daniel it is prophesied there will be 7 weeks and 62 weeks until the messiah arrives -- a total of 69 weeks. Daniel 9:25 is the 276th verse in the book of Daniel and this cross book verse number contains the same digits 7 and 62 that are found in the text.

8. The 500th Bible chapter - Psalm 22 is the 500th Bible chapter that reveals Jesus speaking from the Cross - This well known Psalm tells of Jesus dying on the Cross for our sins. As tragic as it seems, it is a day of Jubilee for all believers - Jesus act of giving his life, paid all our debts and released us from bondage if we accept Jesus as our Lord and Savior. The Bible says that number 50 is a number of Jubilee that tells of the law that all debts are to be forgiven on the 50th year anniversary. 500 is an intense form of the number 50 thus pointing out with the cross bible chapter number that Jesus has freed us through his action on the cross. Leviticus 25:10 tells us about Jubilee - 'You shall thus consecrate the fiftieth year and proclaim a release through the land to all its inhabitants. It shall be a jubilee for you, and each of you shall return to his own property, and each of you shall return to his family.

9. The 1000th chapter - John 3, home of John 3:16 and the chapter some consider to be the most important chapter of the Bible. Number 1000 is God's number of perfection (Josephus) - how did this special chapter end up at this very special 1000th position?

But here is the wonder of it all: 40 authors wrote the Bible over a period of 1,500 years! When the 66 books of the Bible with their 1,189 chapters made up of 31,173 verses are brought together (KJV), we find perfect harmony in the message they convey. These Bible discoveries have so far been rejected because it is humanly impossible to be... that's the point. God has somehow had his hand on creating a perfect and divinely structured Bible. This includes the number and order of every book, chapter and verse and well as all the text and even every list in the Bible.

For more of these amazing Bible facts that prove God see here.