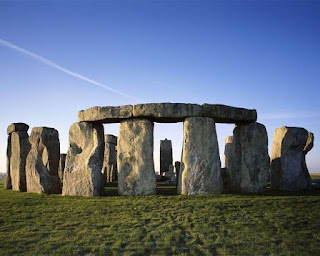 There are many theories that try to explain why and how monuments, such as the Great Pyramid and Stonehenge, were built (both are on a list of ancient sites believed to have been built by aliens). I believe they were designed and built under Divine inspiration. In fact, Isaiah 19:19-20 tells us that the Great pyramid was built as a witness to God (see: The Great Pyramid: Amazing Proof of God). Although there is no mention of the Stonehenge in the Bible, several clues in the structure of both monuments suggests they were built in correlation to each other...

1. At Stonehenge there are four station stones that were set in place to form a rectangle, which is perpendicular to the summer solstice sunrise. The rectangular placement of the station stones served as sun and moon alignments, the only location on earth where these alignments are perpendicular to each other. The diagonal between two of the stones is the exact bearing to the center of the Great Pyramid. 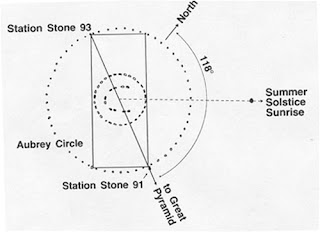 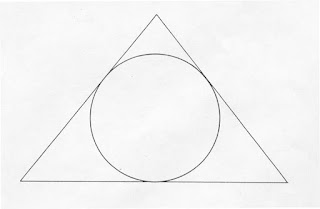 3. Both structures also share the famous pi angle; 51 degrees, 51 minutes, 14.3 seconds. This is the angle of summer solstice sunrise to north at Stonehenge and the precise angle of each face of the Great Pyramid. 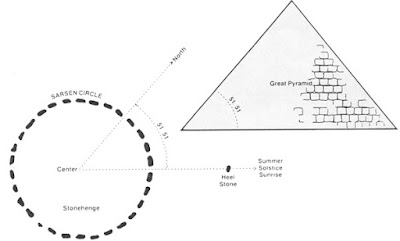 4. Just as the Great Pyramid's passageways were determined to be prophetic time-lines with Jesus Christ being the central theme (see here), Stonehenge is a chronometer which uses solar and lunar alignments to mark off the same dates in the life of Jesus that are chronicled in the Great Pyramid. Using the seven thousand year period that Bible chronologists have determined to be mankind's time on earth, with the summer solstice sunrise alignment serving as the beginning and ending of the circuit, the following results were obtained (picture below): 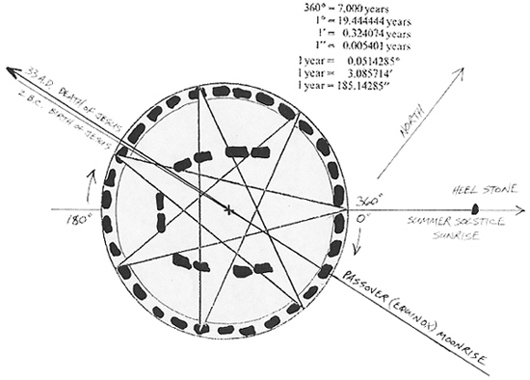 The architect of Stonehenge had monumentalized in stone, for all time and for all to see, the importance of the death of Jesus, the date of the event and its occurrence on the afternoon of Passover (equinox) moon-rise nearly 2,000 years before it happened! As well as the birth date of Jesus!

1. The circumferences of the Earth and Moon are 24,881.4 miles and 2,488.14 megalithic miles respectively (God's hand is evident here). The Bluestone Circle of the Stonehenge has a circumference of 248.814 feet! 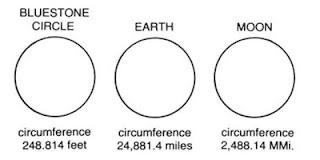 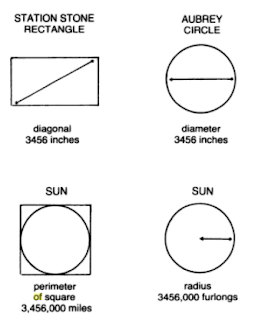 The number 3168 is also found throughout Stonehenge:

1. The mean circumference of the Sarsen Circle (which makes the full Stonehenge) is 316,8 feet.
2. The perimeter of a square when drawn on Bluestone Circle is also 316,8 feet.
3. One side of a square with same perimeter as the outer face of Inner Bank is 3,168 inches.
4. The long side of Station Stone Rectangle is also 3,168 inches.
5. The circumference of inner face of the Inner Bank is 316,8 Yards. 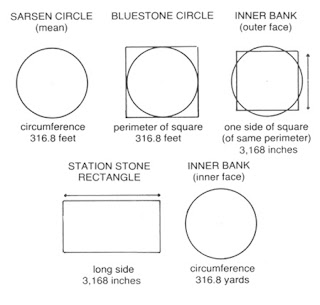 Interestingly, the Gematria value for “Lord Jesus Christ” in Greek is 3168!
6. The Lintels making up the Stonehenge, which form the perfect circle atop of the uprights, have a mean length of 10.56 feet. There are 30, so multiplying out you get that number 316.8, again pointing to Jesus. Just a coincidence? 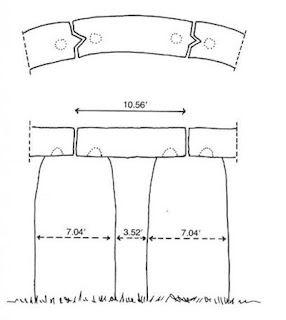 The Bible states that the evidence from two witnesses shall establish a matter:

"A single witness shall not rise up against a man on account of any iniquity or any sin which he has committed; on the evidence of two or three witnesses a matter shall be confirmed." (Deuteronomy 19:15)

I believe the Great Pyramid and Stonehenge are two witnesses of God!