Rise of the Drones 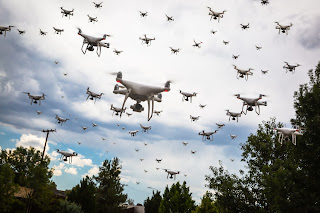 All around the world, governments, companies, and universities are rushing to develop usable micro-UAV (Unmanned Aerial Vehicle) platforms, commonly known as a drone. UAVs have been around for decades, but in recent times they have become more widespread made possible by advancements in artificial intelligence.

Today, there is a push to reduce the size and weight of UAVs to that of insects. As technology advances, synchronized drones will get smaller and smaller, faster and faster, and ever more powerful. Not only this, but an area of active research, called swarm technology, is currently developing the command, control, and communications technology to allow hundreds or thousands of these micro-UAVs to act together as a mass against an enemy! Imagine a swarm of bees is coming after you. How effective will firing a shotgun be?

Any hostile aircraft, manned or unmanned, can be brought down by a single missile, but a swarm of drones could take multiple hits and keep going. The drones are even self-reconfiguring so that if one drone gets taken out, the others autonomously change their behavior to complete the mission. This is the future of warfare, according to the Office of Naval Research.

Technologies like artificial intelligence will give nations the ability to direct those swarms, analyze targets, and attack enemy networks. Micro-UAVs, that are so small and difficult to detect, could be used to create the ultimate monitoring and control platform for the coming New World Order. This is one step in creating a world government with total control over all its citizens. 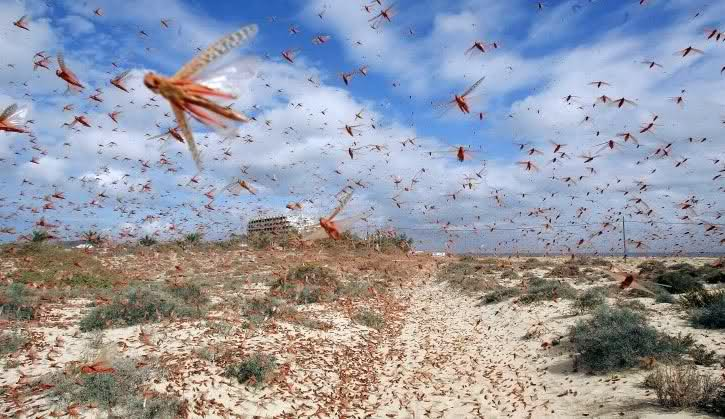 Everything you’ve just read should sound familiar. We find insect swarms described throughout scripture: as one of the plagues of Egypt described in Exodus, in the prophecy of Joel, and in the book of Revelation! When the apostle John wrote Revelation, he used many monstrous creatures (beasts) as vivid imagery of what was to happen during the Great Tribulation.

One striking example of this can be found in a most detailed description of a locust swarm in Revelation chapter 9:


"And out of the smoke locusts came down on the earth and were given power like that of scorpions of the earth. They were told not to harm the grass of the earth or any plant or tree, but only those people who did not have the seal of God on their foreheads. They were not allowed to kill them but only to torture them for five months. And the agony they suffered was like that of the sting of a scorpion when it strikes. During those days people will seek death but will not find it; they will long to die, but death will elude them. The locusts looked like horses prepared for battle. On their heads they wore something like crowns of gold, and their faces resembled human faces. Their hair was like women’s hair, and their teeth were like lions’ teeth. They had breastplates like breastplates of iron, and the sound of their wings was like the thundering of many horses and chariots rushing into battle. They had tails with stingers, like scorpions, and in their tails they had power to torment people for five months." (Revelation 9:3-10)

The revelations were given to John about 2,000 years ago when there would have been no way for him properly to describe 21st-century technological inventions that would follow many centuries later. These “locusts” appear to be militarized, “prepared unto battle”, armored, noisy, carrying a “payload” like a scorpion sting.

Coincidentally, the United States developed a new form of warfare known as LOCUST (Low-Cost UAV Swarming Technology), so named for the drone-swarm technology that looks and behaves like the notorious insect. Just a coincidence?

Until recent history, this obscure passage of scripture was a mystery. Modern technology, however, sheds light on the implications of this biblical text. Is it possible John was describing some type of technology in our day similar to the LOCUST program?

Never in all of history until now has the technology existed for a world dictatorship to rule the world. With swarm technology, artificial intelligence, RFID chip technology, and other emerging technologies, everything’s falling into place for the coming New World Order. The signs are everywhere. Jesus is coming!