Is there historical evidence for Jesus' existence? 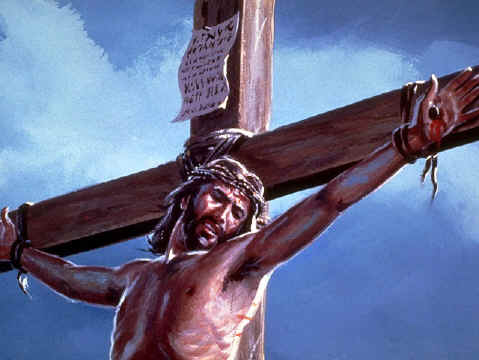 People usually ask why there is no record of Jesus in Roman records. It's really very simple as to why He's not. For one, there are no surviving Roman records! All there is, are only highly parochial Roman historians who had little interest in the comings and goings of minor cults and were far more concerned about Emperors and Kings. Jesus lived a normal human life, and would not have been that noticeable while alive - so there was no reason for Roman historians to notice him.

There was never any debate in the ancient world about whether Jesus of Nazareth was a historical figure. The historical evidence for Jesus of Nazareth is both long-established and widespread. Within a few decades of his lifetime, he is mentioned by Jewish and Roman historians, as well as by dozens of Christian writings. Let's see just a few...

The most remarkable reference to Jesus outside the Bible can be found in the writings of Josephus, a first century Jewish historian. Flavius Josephus published a history of the Jews in twenty books around 93 AD. In the 18th and 20th books, there are two little references to Jesus that have inspired a massive literature on their authenticity or spuriousness. (Josephus was not a Christian, and it is difficult to believe that anyone but a Christian would have made some of these statements). Josephus wrote:


Now there was about this time Jesus, a wise man, if it be lawful to call him a man; for he was a doer of wonderful works, a teacher of such men as receive the truth with pleasure. He drew over to him both many of the Jews and many of the Gentiles. He was the Christ. And when Pilate, at the suggestion of the principal men amongst us, had condemned him to the cross, those that loved him at the first did not forsake him; for he appeared to them alive again the third day; as the divine prophets had foretold these and ten thousand other wonderful things concerning him. And the tribe of Christians, so named from him, are not extinct at this day.

(The parts of the passage which are in red above, are the additions of a Christian scribe trying to make Jesus appear in a better light.)

In 1995 a discovery for the first time, pointed out that Josephus' description of Jesus showed an unusual similarity with another early description of Jesus. It was established statistically that the similarity was too close to have appeared by chance. Further study showed that Josephus' description was not derived from this other text, but rather that both were based on a Jewish-Christian "gospel" that has since been lost. It has become possible to prove that the Jesus account cannot have been a forgery.

Reporting on Emperor Nero’s decision to blame the Christians for the fire that had destroyed Rome in A.D. 64, the Roman historian Tacitus wrote:


Nero fastened the guilt . . . on a class hated for their abominations, called Christians by the populace. Christus, from whom the name had its origin, suffered the extreme penalty during the reign of Tiberius at the hands of . . . Pontius Pilatus, and a most mischievous superstition, thus checked for the moment, again broke out not only in Judaea, the first source of the evil, but even in Rome. . . .

Evidence from the Babylonian Talmud

The Babylonian Talmud is a collection of Jewish rabbinical writings compiled between approximately A.D. 70-500. The earliest period of compilation occurred between A.D. 70-200. The most significant reference to Jesus from this period states:


On the eve of the Passover Yeshu was hanged. For forty days before the execution took place, a herald . . . cried, “He is going forth to be stoned because he has practiced sorcery and enticed Israel to apostasy.”

Lucian of Samosata was a second century Greek satirist. In one of his works, he wrote of the early Christians as follows:

The Christians . . . worship a man to this day–the distinguished personage who introduced their novel rites, and was crucified on that account. . . . [It] was impressed on them by their original lawgiver that they are all brothers, from the moment that they are converted, and deny the gods of Greece, and worship the crucified sage, and live after his laws.

Evidence from Pliny the Younger

In one of his letters, dated around A.D. 112, Pliny the Younger writes to the Emperor for advice regarding the Christians. At one point in his letter, Pliny relates some of the information he has learned about these Christians:

They were in the habit of meeting on a certain fixed day before it was light, when they sang in alternate verses a hymn to Christ, as to a god, and bound themselves by a solemn oath, not to any wicked deeds, but never to commit any fraud, theft or adultery, never to falsify their word, nor deny a trust when they should be called upon to deliver it up; after which it was their custom to separate, and then reassemble to partake of food–but food of an ordinary and innocent kind.

These abundant historical references leave us with little reasonable doubt that Jesus lived and died. Those that deny Jesus' existence, must also deny practically any other ancient historical figure. The historical records are no different.

The total evidence is so overpowering, so absolute that only the shallowest of intellects would dare to deny Jesus’ existence. - Paul L. Maier


We don't even need these non-biblical historical records for proof Jesus existed since we've got absolutely overwhelming evidence that the New Testament is an accurate and trustworthy historical document alone, see here. Seriously, if the average-sized manuscript were two and one-half inches thick, all the copies of the works of an average Greek author would stack up four feet high, while the copies of the New Testament would stack up to over a mile high! Jesus definitely existed.