As in the Days of Lot: Warnings for Today 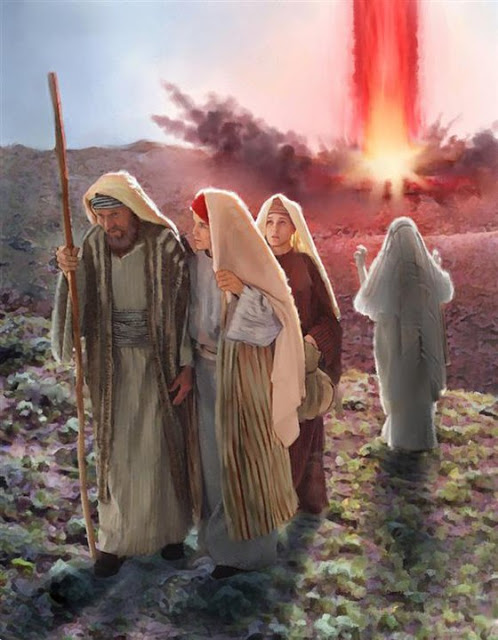 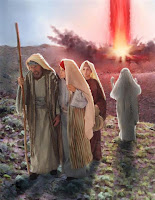 We look at the deteriorating moral values in our nation–the divorce rate, pornography, sexual immorality, polygamy, homosexuality, adultery, fornication and legal bestiality. What is the world coming to?


What was it like in the days of Lot?

Compare the days of Lot with our modern times today and you'll notice the striking parallels: (Lot's day vs Today)


1. They gave themselves over to fornication.“Fornication” is any sexual act outside of the Biblical marriage covenant between a man and a woman. Jude 1:7 tells us, “Even as Sodom and Gomorrha, and the cities about them in like manner, giving themselves over to fornication, and going after strange flesh, are set forth for an example, suffering the vengeance of eternal fire.” Today, many men and women choose to live together without the commitment of marriage, and of those who do get married, the current statistic is that about 50% of those marriages end up in divorce. In 2010, Lutheran pastors reported that over 57 percent of the couples they now marry are living together prior to the wedding, and that the rate of cohabitation in their congregations is increasing.

2. They went after strange flesh. The most common interpretation of this phrase, is the departing from the course of nature, and going after that which is unnatural. Homosexuality is not natural. There is no “gay gene” or a sole biological cause for any same-sex attraction. Something is natural if it is functioning the way it was designed to function, and homosexuality goes against the natural function of the body. In Matthew 19:4 Jesus said, "Haven't you read the Scriptures?" Jesus replied. "They record that from the beginning 'God made them male and female.'"

3. They did not hide their sin. They not only indulged in evil, but they openly encouraged it and didn’t even try to conceal it (Isa. 3:9; Jer. 23:14). Isaiah 3:9 says, “they parade their sin like Sodom; they do not hide it.” Now, it is one thing for the Sodomites to hide their sin in the closet, or in their own bedrooms, but the men of Sodom were proudly parading their ungodly behaviour in the streets and violently trying to push their evil deeds on all of society. There are “gay pride parades” in every major city of the world these days to celebrate their iniquity. Droves are publically flaunting their iniquity, promoting and publicising their sin via every form of media, even lobbying governments to make laws that demand punishment of those who do not approve of their behaviour and refuse to accept or partake in their immorality.


4. They did not help the poor and needy. Ezekiel 16:49,50 reads, “Look, this was the iniquity of your sister Sodom: She and her daughter had pride, fullness of food, and abundance of idleness; neither did she strengthen the hand of the poor and needy. And they were haughty and committed abomination before Me; therefore I took them away as I saw fit." They had abundant food, and careless ease that resulted in being unconcerned about the poor and needy (Isa 1:10, 17; Ezek 16:49-50). Today, 30 percent of the global population considered as poor holds just two percent of global income. Almost two billion people are living in extreme poverty (living on less than $1.90 a day) or moderate poverty (less than $3.10 a day), accounting for around 36 percent of the population in emerging and developing countries. In 1990 it was at 67.2 percent (that's a 31% decrease)! Yet at the same time, the statistics for the rich countries show increase in wealth. In other words, poverty is on the rise, while the rich get richer, the poor are getting poorer. 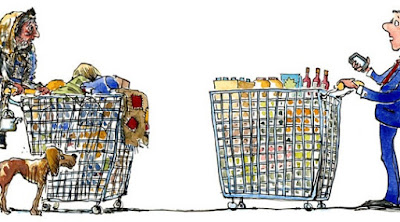 5. They were haughty. Sodom's other sin was pride and complacency. This generation, like no other, regards self above all else. Self-love, self-esteem, self-reliance, self-gratification, are encouraged by the media, schools, psychologists, etc. With the rise of social media, self-image, ‘selfies’ and plastic self-augmentation, our generation is full of haughtiness. As point three mentioned above, with “gay pride parades” our generation is all for pride.

6. Homosexuality abounded in the city. Genesis chapter 19 records the two angels, disguised as human men, visiting Sodom and Gomorrah. Lot met the angels in the city square and urged them to stay at his house. The angels agreed. The Bible then informs us in Genesis 19:4–5, "Before they had gone to bed, all the men from every part of the city of Sodom — both young and old — surrounded the house. They called to Lot, 'Where are the men who came to you tonight? Bring them out to us so that we can have sex with them'" The men of Sodom and Gomorrah wanted to perform homosexual gang rape on the two angels (who were disguised as men). It was the sin that epitomized the gross wickedness of Sodom and Gomorrah—the "grave," "ungodly," "lawless," "sensual conduct of unprincipled men" that tormented Lot as he "saw and heard" it "day after day," the "corrupt desire" of those that went after "strange flesh." Fifty years ago homosexuality was illegal throughout the entire world, except for Sweden which had decriminalized sodomy in 1938. In the space of just half a century this tiny 1-3% of the population have made themselves a global political power with greater influence in the courtrooms and legislatures of the world than the Church of Jesus Christ. This astonishing transformation surpasses that of Darwinism, Marxism, and even Islam in its speed and breadth of reach!

7. There were not ten righteous men in the city (very, very few were really following God). In Genesis 18:26, Abraham was pleading for Sodom, and asked the LORD if He will spare them. The LORD replied, "If I find fifty righteous people in the city of Sodom, I will spare the whole place for their sake." Abraham continued to plead and kept asking until, in verse 32, the LORD said “For the sake of ten, I will not destroy it.” But He did destroy it because there were not ten righteous men in the city! Today you've probably come across news headlines such as:
America, for example, had in 1990, 86 percent of American adults who identified as Christians, compared with 71 percent in 2012 (15% drop). Christianity is growing more slowly due to the shrinking number of believers in many nations! Meanwhile, the global Muslim population has increased by more than 150 million people between 2010 and 2015, to 1.8 billion. Islam is already the world's fastest-growing religion. A study also showed that the numbers of Christians and Muslims will be nearly equal by 2060. Christianity is slowly on the decline, while Islam is on the rise (also a sign of the end times).

8. Worldly and secular Christians. In Genesis 19, Lot is pictured as a friend of the world. Lot was a believer, as 2 Peter 2:7–8 calls him a righteous man. However, he was righteous because of his faith, not because of his actions. Genesis 13 tells us, he set his tents towards the wicked city of Sodom. He desired Sodom because of its wealth, and rejected the promised land. He was tired of living in tents, and wanted luxury. These are the characteristics of worldly believers (a.k.a friends of the world). Sadly, today this is often not only true for young believers but for old believers as well. A survey back in 2011 had disturbing results; 1 in 3 self-proclaimed Christians admit they rarely live the teachings of Jesus Christ! We are even seeing Christian nations becoming more worldly and secular. For instance, the U.S. has long been a Christian-majority nation, however now that there is a rising share of Americans who do not identify with any religion, and only a shrinking portion of the population are Christians, as well as the legalization of same-sex marriage nationwide and increasing social acceptance of homosexuality - America is becoming more worldly every day. 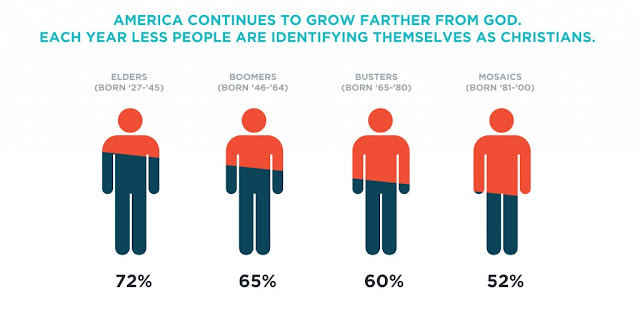 9. Practiced sexual perversions. "Perverted" is a person whose actions are characterized by sexually abnormal and unacceptable practices or tendencies. In Genesis 19:31-32, Lot's daughter says, “Our father is getting old, and there are no men in the whole world to marry us so that we can have children. Come on, let's get our father drunk, so that we can sleep with him and have children by him.” Lot himself ended up sleeping with his own daughters. And the two women ended up becoming pregnant and eventually gave birth to Moab and Benammi. It can not be denied that we're seeing the rapid rise of perversion today, through sexual immorality—polygamy, homosexuality, adultery, fornication and legal bestiality. About thirty years ago, nobody talked about sexual perversion in those days. Today everybody knows it is happening, even in some churches. Among the unsaved, sexual perversion is fashionable—there are many unconverted people who boast of it. There are programs on television that actually take delight in exposing all the nasty details.

There are a few other sins with much the same feasting and carousing as we found in Noah’s day not mentioned in this article, such as the mocking and ridiculing of those who warned that God's judgment was coming, the total oblivious to the signs, or the evilness... Read: As in the Days of Noah: Warnings for Today for more.

The homosexual community has attempted to twist the Scriptures to say that God does not condemn the homosexual lifestyle. They are very wrong; God could not have made it any clearer. Australia is now the 26th country to celebrate the perversion of God's marriage ordinance, after the law was passed just last week. God's judgment is not far off!