The Rise of China as a World Power

"Then the sixth angel poured out his bowl on the great river Euphrates and its water was dried up, so that the way of the kings from the East might be prepared." (Rev 16:12) 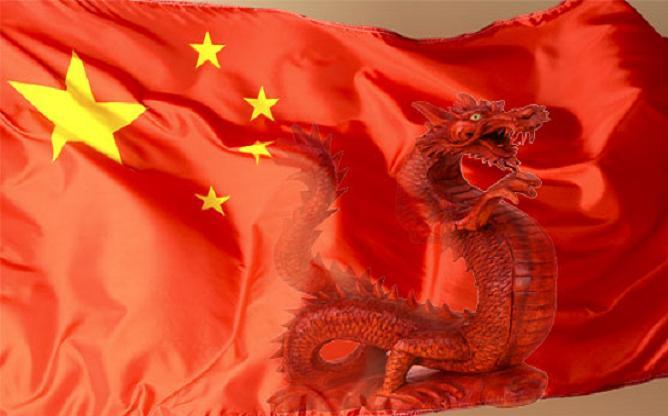 America’s role as the world’s only superpower is on the decline - which is to be expected since the US is absent from the Book of Revelation, and from Bible Prophecy. On the other hand, nations, such as Russia, Europe and China, are rising to power, replacing America's status. The verse above (Rev 16:12), speaks of a time when, the “kings from the East” (whom many associate with China, and as some form of Chinese army, or Chinese-led coalition), will take advantage of the removal of a natural barrier and sweep westward to meet up with the forces of the Antichrist.

The “kings from the east” in Revelation chapter 16 verse 12 has been a silent topic for many years. However, this changed when the communist took-over China during World War II. Since then it has become clear that this largest of all countries in the world has a prophetic role, as you will soon find out. No longer is China content to stay within its vast borders, and live pretty much to itself, as it has been for almost five thousand years. Recent years have seen a dramatic rise in China’s power and influence. Napoleon once predicted that "when China wakes, it will shake the world." That is exactly what is happening today. Here's some recent statistics:

As America and the big European powers reduce their defence spending, China looks likely to maintain the past decade's increases of about 12% a year. The country is on course to become the world's largest military spender in just 20 years or so (see article). Its army is already estimated to contain about 2.5 million soldiers, making it the largest standing army! China also has the world’s second largest navy. China employs sophisticated precision weapons, high-tech information and communications technology. While global arms spending rose 4 percent in 2008, China’s grew by 10 percent to an estimated $84.9 billion.

China’s per capita gdp rose from $439 in 1950 to $7,578 in 2014! Its GDP has increased by an average of almost 10% a year for the past 30 years (Pam Woodall, The World in 2010, 2009). No other nation’s economy has grown so fast for so long. After 35 years of almost uninterrupted growth by some measures, such as purchasing power, China has made an unprecedented leap from being the world’s tenth-biggest economy to becoming number two (following America). China holds the majority of the United States’ debt and, in just one click of a button, can economically cripple the US.

It is the world’s second largest consumer of oil (following America), with proven oil reserves of about half that of the United States (“BP Statistical Review of World Energy,” June 2009). In 15 years, China is expected to surpass the US as the world’s largest spender on oil and natural gas (“ExxonMobil to Boost Mainland Sales,” China Daily, Nov. 12, 2009). China’s high growth rate, low labor costs and a huge emerging market have attracted the world’s highest levels of direct foreign investment.

China’s population of 1.3 billion makes it the most populous nation on earth with a fifth (20%) of the world’s people. It is estimated that by 2025, China will have the world’s largest middle class” (Foreign Policy, March/April 2008). An enormous population is the building block of a superpower.

Revelation 9:13-19 tells us that a massive 200-million-man army will arise from the region east of the Euphrates River. Right now China is the major power east of Jerusalem, and an army of 200 million (Revelation 9:16) fits with China’s capability of equipping such an enormous army. In addition, the description and the huge numbers of deaths mentioned (verse 19) may indicate the use of modern weapons of mass destruction. China spends a large percentage of its annual GDP on the military and possesses nuclear and other weapons of mass destruction. Remember, this is speculative and this verse may not be referring to China.

Many other characteristics of China have not been listed such as; their aggressive demand for Hong Kong, Taiwan and the Sprately Islands (which proves they have a strategy to control all of Asia), their aggressive rhetoric on the world stage, and the persecution of Chinese Christians.

All these characteristics of China make it easy to imagine that the “kings from the East”, who one day march into Israel, will include China. However, the term "kings of the east" does mean "kings of the rising sun" which would include Japan and possibly other Asian countries. So it is impossible to know for sure if the Eastern confederacy of the end times will include China; though, it seems very likely that China will be involved, for the above reasons.

Nevertheless, the world geopolitical conditions are shaping up for the worlds last great conflict described over nineteen hundred years ago by the Apostle John! See also: Europe's Rise Foretold in Bible Prophecy.