The Roots of the Arab-Israeli Conflict

Why is there such a great deal of conflict in the Middle East? Why is there constant strife between the Israelis and Palestinians? 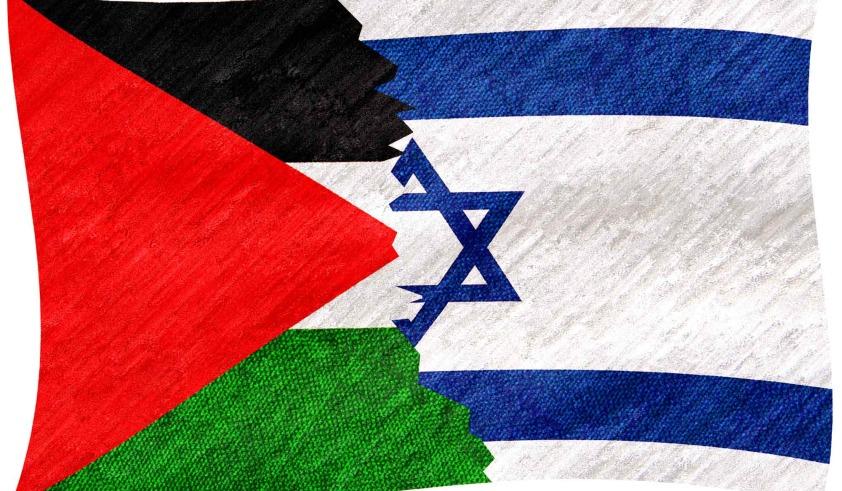 The answer to these questions can be found in a promise which God made to Abraham almost 4,000 years ago. That promise is contained in Genesis 12:1-3:

A decade rolled by and still no child blessed the home of Abraham and Sarah. It was physically impossible for Abraham's wife, Sarah, to bear children and so the two of them began to get impatient about God's promised child, the one through whom God would make Abraham a great nation. When Abraham was eighty-six years old, they couldn't wait any longer. They decided to help God out by having Abraham father a child through Hagar, Sarah's Egyptian handmaid (Gen. 16). This union had a child and they named him Ishmael.

For thirteen years Ishmael had been living beside Abraham, winding his way into his father’s heart,  and was believed by Abraham, for all this time, to be the son of promise. Then all at once things changed. God shows up again to Abraham, as we read in Genesis 17:1-2, when Abraham was ninety-nine years old, and he says to Abraham in verses 15-16:

Abraham fell on his face and laughed (Genesis 17:17). Not only had Sarah been childless all her life, but she was now well past normal child-bearing age! God's promise could only happen through divine intervention. Besides, Abraham already had a son, whom he loved dearly. Shouldn't something be said about Ishmael? Abraham, who seems up to this time to have regarded Ishmael as the promised one, must have had a feeling of anxiety instantly penetrate his breast as he utters:

Why cannot he do? Why may he not be the chosen child, the heir of the Promise? Abraham essentially asks "life" for his beloved son - that is, a share in the divine favor. Note the temper in which Abraham speaks here. The very existence of Ishmael was a memorial of Abraham’s failure in faith and patience. For he thought that the promised heir was long in coming, and so he thought that he would help God. That is to say, he thinks he knows better than God. He believes his own plan is quite as good as the divine plan. But God makes it clear that Ishmael would not be the child of promise through whom all the world would be blessed in the following verses:

19 But God said, “That’s not what I mean. Your wife, Sarah, will have a baby, a son. Name him Isaac. I’ll establish my covenant with him and his descendants, a covenant that lasts forever. 20-21 “And Ishmael? Yes, I heard your prayer for him. I’ll also bless him; I’ll make sure he has plenty of children—a huge family. He’ll father twelve princes; I’ll make him a great nation. But I’ll establish my covenant with Isaac whom Sarah will give you about this time next year.”

Suddenly, Abraham finds that Ishmael is not the son of the Covenant; he is not the heir of the Promise. Sarah shall have a child, called Isaac, and from him shall come the blessings that have been foretold. It was always God’s plan for the son of promise to come from Abraham and Sarah. The use of Hagar as a surrogate was of their devising, not God’s! The assurance of this promise was the change of Sarai's name into Sarah. Sarai signifies my princess, as if her honor were confined to one family only; Sarah signifies a princess.

Still, in his faithfulness, God promised Abraham that, although Ishmael wouldn't be the child of the promise, he would still bless him:

God has been faithful to these promises. Ishmael took an Egyptian wife (Genesis 21:21) and became the father of the 12 tribes promised. These tribes were to become the nucleus of the Arab peoples, a people with a mixture of Semitic and Egyptian blood. These people inhabited the territory between Havilah (probably in NW Arabia) and Shur (near the Egyptian border), and were one of the several peoples who were the ancestors of the Arabians (Genesis 10:7, 25-30; 25:1-4, 13-16).

Today, Arab-dominated territories are much more extensive even than in Bible times. There are 21 Arab nations with a combined population of 175 million people. The Arabs occupy a total area of 5.3 million square miles of oil rich land. By contrast, there is only one Jewish state with a population of 4 million people who are squeezed into only 8,000 square miles of space. That’s a population ratio of 43 to 1 and a land ratio of 662 to 1. The Arabs have truly been blessed.

Even a thousand years later, King David affirms the continuing validity of the Abrahamic Covenant in Psalm 105:

8 He [God] has remembered His covenant forever,The word which He commanded to a thousand generations, 9 The covenant which He made with Abraham, And His oath to Isaac. 10 Then He confirmed it to Jacob for a statute, To Israel as an everlasting covenant, 11 Saying, “To you I will give the land of Canaan As the portion of your inheritance.”

The hurt and anger of the teenage Ishmael towards this half brother Isaac led Abraham to send him and his mother Hagar into the wilderness (Genesis 21:8-21). The young man, told since childhood that he was the son of promise, found himself an outcast from his father. This set the stage for generations of strife between him and Abraham’s other son, Isaac. Ishmael went on to become the father of many Arab nations.

It's interesting to note that, following Ishmael's birth, Genesis 16:12 tells us that God told Hagar her son, Ishmael, would be “a wild donkey of a man” and that “his hand will be against everyone”. Today, all the Arab tribes have been characterized historically by their impulsive and violent nature. They have been involved in endless wars among themselves and against both Jews and Christians. What an amazing fulfillment of prophecy!

Furthermore, in the end times, the prophet Ezekiel says they will claim the land of Israel which God gave to their brothers, the Jews (Ezekiel 35:5,10; 36:2,5). And this is the root cause for the Arab-Israeli conflict we see today.