Hidden Messages in the Bible

"Search the scriptures; for in them ye think ye have eternal life: and they are they which testify of me." (John 5:39)

"Think not that I have come to destroy the Torah and the prophets; I have not come to destroy but to fulfill. For verily I say unto you, Till heaven and earth pass, one jot or one tittle shall in no wise pass from the law, till all be fulfilled." (Matthew 5:17-18)

(A jot and tittle are the Hebrew equivalent of our dotting an i and the crossing of a t.)

The great discovery is that the Bible is a message system: it's not simply 66 books penned by 40 authors over thousands of years, the Bible is an integrated whole which bears evidence of supernatural engineering in every detail. According to the verse in Matthew above, even the very letters themselves, and the spaces between the letters, testify to a supernatural origin. Check out these four hidden messages/proofs in the Bible which barely scratch the surface!

The Cross Hidden in the Old Testament

Three verses (Ezekiel 1:10-11, Isaiah 6:1-3 & Revelation 4:6-8) from the Old Testament, contain descriptions of the four beings around God’s throne. Now if we look at the four gospels we see that: 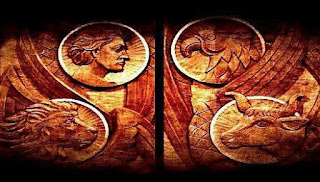 When we combine the Gospels we see that all of them describe Jesus from four different perspectives with Jesus at the very heart of the four Gospels, identical to the arrangement of the four beings around God’s throne in Heaven. This is where it gets interesting!

Within the Book of Numbers Chapter 2, the Twelve Tribes of Israel (The descendants of the Twelve sons of Jacob) were told to group together into four separate camps. 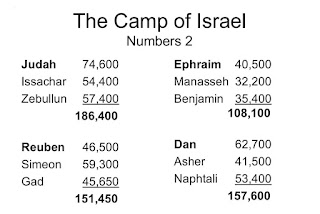 We get this cross! 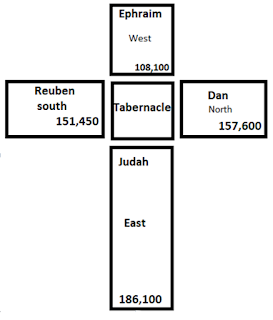 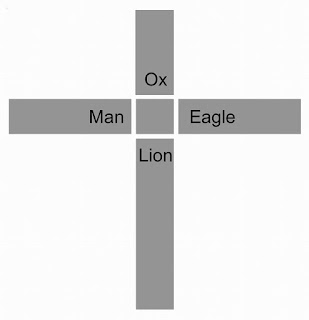 Jesus from four different perspectives, at the very heart of the cross - just like the four beings around God's throne. The Cross appears hidden within the Book of Numbers Chapter 2, centuries before the punishment of the crucifixion was even invented! 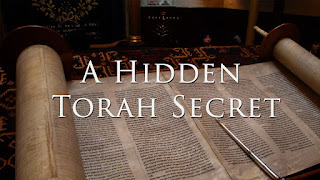 The first five books of the Bible (the books of Moses) are known as the Torah. In Hebrew the word Torah is represented by the consonants that are equivalent to the English letters "TORH."

In the book of Exodus, we encounter the same result. What a coincidence!

In the third book, the book of Leviticus, it doesn't seem to work either way. But it does work for YHWH, the sacred name of God ("Yahweh" or "Jehovah," translated "LORD" in the King James Version), if you count in 7 letter increments.

In the fourth book of the Torah, the book of Numbers, we discover this 49 letter interval works with "HROT," that is, TORH backwards.

It appears that the Torah (TORH) always points toward the Name of God. Here is the overview:

The number 50 has several important meanings. (e.g. The Torah was given 50 days after the Exodus from Egypt) and the use of seven with the name of God shouldn't surprise us.

Codes in the Torah, professor Michaelson addresses in detail the mathematical probability of these Torah codes and concludes that "the probability of such a coincidence is about one in three million!" (This is one of hundreds of patterns found in the Torah by Rabbi Weismandel during World War II.) But we're just getting started. There are numerous patterns that have been discovered by computers since 1982.

For example a remarkable breakthrough came in 1982 when the computer was used to examine the Torah, it demonstrated that the word (Israel) is spelled out only twice, at intervals of 7 and -50 in Genesis chapter one!

A simple calculation shows that the probability of the word  appearing once at a given interval in the above verses is about 1 in 1200. The chance of two appearances at the intervals of 7 and 50 either backwards or forwards is 1 in 400,000!

“And it came to pass, that, when the sun went down, and it was dark, behold a smoking furnace, and a burning lamp that passed between those pieces.” (Genesis 15:17)


Yitzhak Rabin was prime minister in Israel until he was suddenly assassinated after a peace rally in Tel Aviv on November 4, 1995, by Yigal Amir, a Jewish radical. The day before the assassination was the Jewish Sabbath. In the synagogues, the verses being read were from the story of God passing between the sacrificial offering, confirming Abraham's covenant for the land.

They saw the verse above in the Hebrew text and noticed that if you simply change the spacing between the letters, a message would be formed that is known today as the Rabin code.

The passage reads: "...fire which passed between these pieces" (Gen. 15:17). When the spaces are changed between the Hebrew words in the Genesis 15:17 phrase, it reads, esb esb ra' b'rabin, or, "fire, evil fire against Rabin."

The prime minister was shot twice, an allusion to the firing of two bullets. What a coincidence! 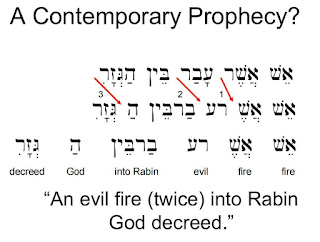 The Gospel in Genesis
Check out the genealogy of Adam through Noah: 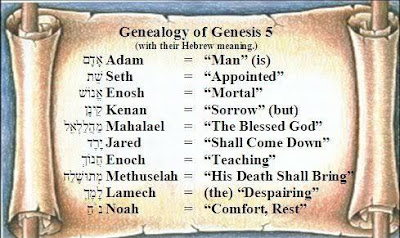 These are the Hebrew names along with the English meanings. Let's put it all together: Man (is) appointed mortal sorrow; (but) the Blessed God shall come down teaching (that) His death shall bring (the) despairing rest.

Amazing hidden proof of Jesus from the Old Testament, which was written hundreds of years before the birth of Jesus!