"The waters of the river will dry up, and the riverbed will be parched and dry. The canals will stink; the streams of Egypt will dwindle and dry up. The reeds and rushes will wither, also the plants along the Nile, at the mouth of the river. Every sown field along the Nile will become parched, will blow away and be no more." (Isaiah 19:5-7)

"I will dry up the waters of the Nile and sell the land to an evil nation; by the hand of foreigners I will lay waste the land and everything in it. I the LORD have spoken." (Ezekiel 30:12) 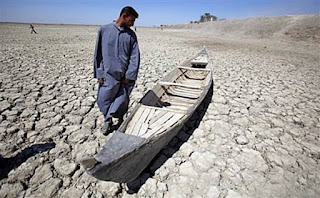 Ethiopia, itself energy-poor and undergoing drought conditions, just this year is to complete construction of the largest hydro-electric dam in Africa, its Grand Ethiopian Renaissance Dam (GERD). The large reservoir behind the dam is to be filled over a three- to five-year or longer period, during which it is expected that the amount of Nile flow to the Sudan and Egypt and its delta will be substantially reduced.

This down-river decrease of Nile fresh water will produce grave conditions. The pre-GERD Nile flow now barely supplies 97% of Egypt's present water needs with only 660 cubic meters per person, one of the world's lowest annual per capita water shares. For a long time, it was a lot harder to see how Isaiah 19 could be fulfilled because it would require something completely extraordinary – the Nile River drying up, however with this new dam, it is causing the Nile to dry up, threatening severe famine and plague that could escalate to magnanimous proportions!

"Hear the word of the Lord, ye children of Israel: for the Lord hath a controversy with the inhabitants of the land, because there is no truth, nor mercy, nor knowledge of God in the land. By swearing, and lying, and killing, and stealing, and committing adultery, they break out, and blood toucheth blood. Therefore shall the land mourn, and every one that dwelleth therein shall languish, with the beasts of the field, and with the fowls of heaven; yea, the fishes of the sea also shall be taken away." (Hosea 4:1-3)

"I will consume man and beast; I will consume the fowls of the heaven, and the fishes of the sea, and the stumbling blocks with the wicked: and I will cut off man from off the land, saith the Lord." (Zephaniah 1:3)

These tell us that in the last days, the animals will be taken or killed here on earth. Especially the fowls of the heaven (birds) and the fishes of the sea.

Mass animal die-offs are on the rise, killing billions and raising questions today! Thousands of birds fall from the sky. Millions of fish wash up on the shore. We are hearing stories of dead fish washing up on shores at an alarming rate. See here for the latest list of mass animal deaths.

Researchers reviewed historical records of 727 mass die-offs from 1940 to 2012 and found that over that time, these events have become more common for birds, marine invertebrates, and fish! The numbers remained unchanged for mammals and decreased for amphibians and reptiles. Interesting that the exact ones mentioned in the prophecy, are becoming more common! No one knows why, researchers also don't know why die-off rates differ between animal groups. However, it isn't hard to know why if you trust God's word. These statistics and news stories clearly show an increase in mass animal death around the world which draws us closer to fulfilling these prophecies.

The Dead Sea is more than 400 meters below sea level and is the lowest point on the planet.  No life can exist in its ultra-salty waters and its shores are coated with a thick layer of salt that kills any plant.
However, only recently they discovered that the Dead Sea has been receding by 1 meter every year, and that sinkholes around it have been filling up with fresh water and are teeming with fish!

Not just that but researchers also discovered (in 2011) huge craters on the seafloor. Fresh water was flowing from these craters, which were carpeted with mats of microorganisms, showing that the Dead sea was not entirely dead.

Scientific research has proved the existence of life at the bottom of the Dead sea, but due to a unique set of circumstances, signs of life have begun appearing on its very shores, precisely as it is written in the Bible!

"Shake thyself from the dust; arise, and sit down, O Yerushalayim." (Isaiah 52:2)


Jerusalem's Old City, is not the same place King David set up as his capital more than 3,000 years ago. Just this year, excavations are watching the ancient city rise again. The real ancient city is being liberated from her millennia-old prison through the archaeological excavations, and is rising up from the dust just like the verse in Isaiah mentions.
Interesting enough, we are in the Jubilee year. Liberation and freedom stands at the core of the concept of the Jubilee. 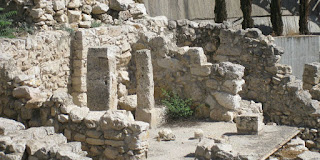 “Behold, Damascus will cease from being a city, and it will be a ruinous heap.” (Isaiah 17:1)

Damascus has, to date, always been inhabited and has never been destroyed.
In fact, did you know that so far in the existing Syrian war, many parts of Damascus are already a “ruinous heap”!

Syria is not mentioned as part of the invasion force that attacks Israel in Ezekiel 38, perhaps because it is destroyed by then. 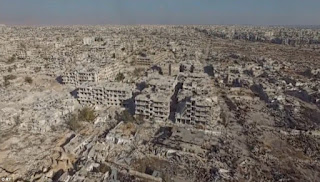 No matter what you believe, there’s no denying that these prophecies appear to be coming around full circle.