"Now learn this lesson from the fig tree: As soon as its twigs get tender and its leaves come out, you know that summer is near. Even so, when you see all these things, you know that it is near, right at the door. Truly I tell you, this generation will certainly not pass away until all these things have happened." (Matthew 24:32-34)


In the Old testament, the prophet Hosea compared the nation of Israel to figs. So Israel represents the fig tree that Christ referenced in His teachings about the end of the age, and Christ taught that the generation that saw the creation of the state of Israel would see His coming. The birth of the tiny nation of Israel is the “Super Sign” that the return of the Messiah is indeed near.

Has Israel been born as a nation? Yes!

"And say unto them, Thus saith the Lord God; Behold, I will take the children of Israel from among the heathen, whither they be gone, and will gather them on every side, and bring them into their own land: And I will make them one nation in the land upon the mountains of Israel; and one king shall be king to them all: and they shall be no more two nations, neither shall they be divided into two kingdoms any more at all." (Ezekiel 37:21-22)

"Before she goes into labor, she gives birth; before the pains come upon her, she delivers a son. Who has ever heard of such things? Who has ever seen things like this? Can a country be born in a day or a nation be brought forth in a moment? Yet no sooner is Zion in labor than she gives birth to her children." (Isaiah 66:7-8)

Before 1948, Israel, a Jewish state was noticeably absent from the map for nearly 1,900 years! On May 14, 1948, a modern-day miracle took place: the establishment of the nation of Israel. 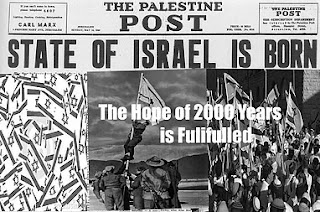 "This is what the Lord Almighty says: “I will save my people from the countries of the east and the west. I will bring them back in Jerusalem; they will be my people, and I will be faithful and righteous to them as their God." (Zechariah 8:7)


Jesus then said people other than the Jews would control Jerusalem for a time, then the Jewish people would once again control Jerusalem. When they did, Jesus promised to return; “Jerusalem will be trampled underfoot by the Gentiles, until the times of the Gentiles are fulfilled.” (Luke 21:24).

For the first time in over two millennia, since before the Roman conquest, Israel regained control of Jerusalem 50 years ago this year, in June, 1967. 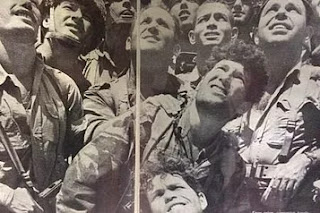