Are there contradictions in the Bible? 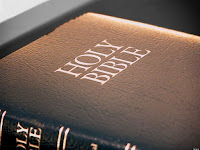 Many people say that the Bible cannot be trusted because they believe that it contains contradictions. They ask "How can an all knowing, perfect God contradict Himself?" The answer is, He can't. And he doesn't. There are NO contradictions in the Bible. The misunderstanding is due to a lack of study of the scriptures.

Those who make reference to the 'thousands' of contradictions in the Bible are usually unable to name one. Most people simply get their ammunition from these places; they do not find supposed errors on their own. There are also books and websites available that refute every one of these supposed errors.

Most genuine contradictions can be attributed to minor errors in hand copying of individual letters or numbers (eg 2 Ch 36:9 cf 2 Ki 24:8) or to verses being taken out of context (eg Mt 7:8 cf Pr 1:28). Others arise when the same story is told from the perspective of different observers (eg Lk 24:1-2 cf Jn 20:1). These are only “seeming” contradictions, and this is what we would expect. If serial witnesses in court give identical testimonies, one might suspect that the evidence has been fabricated.

Let's take a look at an example of a supposed contradiction: In at least three places in Romans alone the Apostle Paul says that we are saved by faith alone without works (Romans 3:20, 28; 5:1).

Many verses in the Bible teach that we are justified by faith alone in Christ alone. But James says that faith alone without works is not enough. The key to this verse, and many others, is actually to look at the surrounding words to figure out what each word means. The surroundings make all the difference.

The answer is simple. In Romans, the context is our standing before God, God’s view and verdict upon us. In that sense, God justifies us by our faith, He counts us as righteous because of the faith that He alone can see.

In James, the context is our standing before people, their view and verdict upon us. In that sense, people justify us by works, they conclude we are righteous because of the good works they see in our lives (being unable to see if faith is in our hearts).

You should be able to see just from this one example how supposed contradictions actually confirm the authenticity of the Bible. Do you think if someone went to all the effort to make up the Bible as a fairy tale, they would put in such obvious contradictions? They wouldn't, because any would be carefully edited out in a fake. So apparent contradictions confirm rather than cast doubt on the Bible's authenticity.

Still the fact remains that there is not a single error in the Bible which casts doubt on any significant historical biblical event or doctrine. Whilst accepting that there will always be mysteries, there are reasonable explanations for all the so-called contradictions.

There are viable and intellectually plausible answers to every supposed Bible contradiction and error.


See these links for responses to every supposed contradiction:

Time precludes more complex examples here. But time and again, supposed biblical problems fade in light of logic, history, and archaeology. The Bible’s track record under scrutiny argues for its trustworthiness. The saddest thing is that most people who attack the Bible are not truly interested in an answer. Many “Bible attackers” are even aware of these answers, but they continue to use the same old shallow attacks again and again.