Archaeologists once boasted that the Bible was full of errors because no independent, historic Christian evidence had been found to confirm the Bible’s claims. But a slew of astounding discoveries has put a damper on their boasting. The historical Christian evidence is literally everywhere. Consider just a few of the discoveries that have confirmed biblical accounts:

1. The Tel Dan Stela. In 1993 and 1994, fragments of a stela (inscribed stone) were found at Tel Dan in northern Israel. The stela contained an inscription with references to “Israel” and “the House of David.” ‘King of Israel’ was also on one line. Prior to this discovery, critics had disputed whether the biblical King David actually existed. 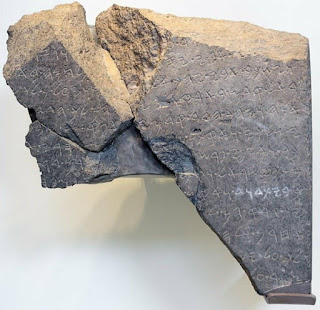 2. The Pilate Stone. Many critics dismissed Pontius Pilate as a mythical figure. But in 1961, a block of limestone was discovered in Caesarea, with an inscription that contained the name “Pontius Pilatus” and referred to him as the prefect of Judaea, confirming the biblical record. 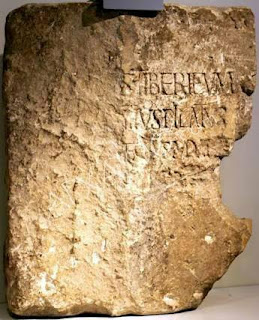 3. Abraham's Genealogy. During excavations at Mari, an ancient city on the Euphrates in present-day Syria, an impressive royal palace was discovered, which yielded thousands of inscribed tablets that were once part of a proud royal archive. Modern estimations on Abraham’s chronology fall somewhere between 2000 and 1500 BC: The archive found at Mari was in use from around 2300 to 1760 BC, and the names on these tablets show that the names in Abraham’s genealogy were in use in this area during this time (In the second half of Genesis 11, we have a detailed account of Abraham’s family tree, mentioning dozens of names). 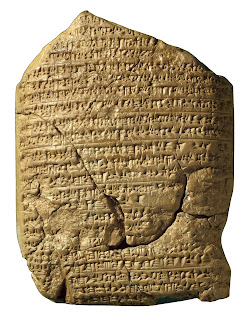 4. Crucified Man Remains found. One tomb contained the bones of two generations of a family who lived in the century before the time of Jesus. One member of that family had been crucified. His bones were discovered in an 18-inch long limestone ossuary (or bone-box), and a seven-inch nail had been driven through the heel bone of his left foot. Fragments of olive wood were found at the point of the nail, revealing the wood of the cross on which he died. It also demonstrates that crucifixion victims were buried, just as the Gospel accounts suggest. This is proof that Jesus died on a Roman cross, or that the method of crucifixion even existed, which had been disputed by many who don't want to believe such a substitutionary death could even take place. 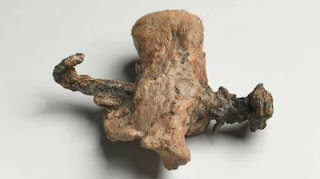 5. The Meesha Stele (846 BC). Popularly known as the Moabite Stone, it records the revolt of Meesha, King of Moab, against Israel. This incredible stele mentions Omri, King of Israel, and David of the United Monarchy. It even refers to Yahweh, the unique name of the God of Israel! 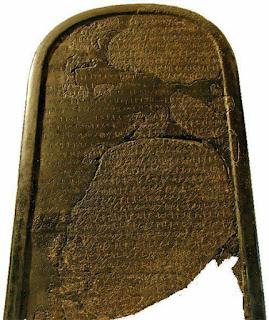 6. The Nabonidus Cylinder (550 BC). King Nabonidus of Babylonia left a magnificent cuneiform cylinder (wedge-shaped letters inscribed on a clay cylinder) mentioning his elder son, Belshazzar by name. Critics of the Bible had claimed for many years that the account in the book of Daniel was wrong; they said Belshazzar was never a king in Babylon and that Nabonidus was not his father. The discovery of this cylinder clearly showed that these scholars were dead wrong. 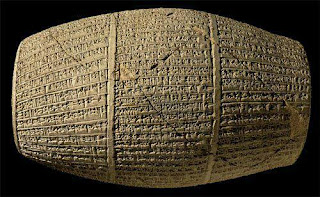 7. Caiaphas & James Ossuary. An ossuary was a box constructed to hold the bones of the dead after decomposition. In 1990 a startling discovery was made that shook biblical scholars and archaeologists alike. In the Peace Forest section of Jerusalem was discovered a burial cave containing twelve ossuaries, one of them being none other than that of Caiaphas, the high priest who presided at the trial of Jesus. This amazing discovery provides us with a powerful historical connection to the events described in the Gospels. This ossuary practice was employed for only a brief period of time from about B.C. 20 to A.D. 70., which alone, confirms the date around Jesus time. What's even more remarkable is a mid first century AD chalk ossuary discovered in 2002 which bears this inscription: "James, son of Joseph, brother of Jesus" in the Aramaic script of the time (James the brother of Jesus was martyred in AD 62!). Careful studies, including scrutiny under a scanning electron microscope show the inscription to be genuine. 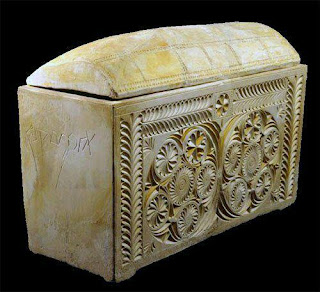 8. Walls of King Solomon. In the biblical passage found in 1 Kings 9:15 it notes that King Solomon constructed the city wall for the town of Gezer.  Archaeologists working at the site have now identified Solomon's wall, and the photo displayed here shows the remains of the gated portion. 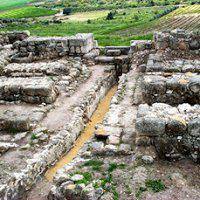 9. Yahweh inscription. An inscription bearing the name "Yahweh," the personal name of God (cf. Exodus 3) - the oldest known inscription of the name, was found written in hieroglyphs and is dated to c. 1400 BC. It was discovered in the temple built by the Egyptian Pharaoh Amenhotep III in Soleb, which is in modern day Sudan. The text refers to a group of wandering followers of Yahweh who are possibly the Israelites; however, this is uncertain at this time. 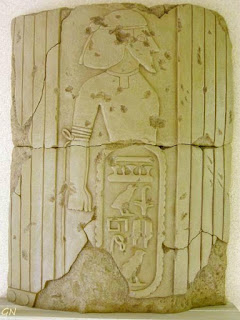 10. 2 Kings 18:1 reads, "In the third year of King Hoshea son of Eila of Yisrael, Chizkiyahu son of King Achaz of Yehuda became king." Incontrovertible proof of Hezekiah’s reign in the 8th century B.C. was provided when a seal bearing his name was discovered in Jerusalem in December 2015. Dr. Eilat Mazar, the Israeli archaeologist who discovered the seal of Hezekiah in the Ophel excavations and held it in her hands, supported Mykytiuk’s conclusions. 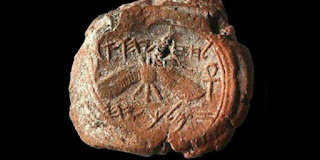 There have been thousands of Bible discoveries; but the wonder of it all is that even with all the overwhelming archaeological evidence, none has ever contradicted a single claim the Old and New Testament makes! See loads more Christian evidence that have been discovered here.