Is the Bible reliable?

"The words of the LORD are pure words: as silver tried in a furnace of earth, purified seven times. Thou shalt keep them, O LORD, thou shalt preserve them from this generation for ever." (Psalm 12:6-7) 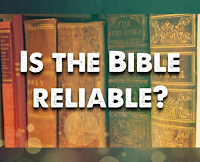 There is more evidence for the Bible’s authenticity than for any literature of antiquity. The New Testament was written in first century A.D. There are some 25,000 early manuscripts in existence, almost 6,000 of which (many being only recognizable fragments) are Greek texts from which the original wording of New Testament books can be determined, and the others being early translations of the Greek New Testament. (Such as another 18,000 other manuscripts in several other languages, e.g., Armenian, Latin Vulgate, Ethiopic, and more). The earliest textual evidence we have was copied not long after the original. The sheer volume of biblical manuscripts makes it possible to recognize any attempts to distort its words. In contrast: 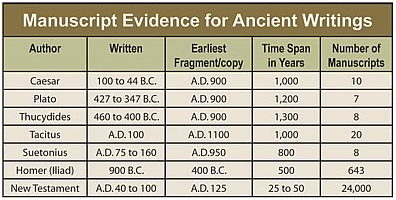 The evidence for just the New Testament's reliability FAR outweighs all the others!

Entire copies of the New Testament are still in existence from the fourth century (two important ones include Codex Sinaiticus and Codex Vaticanus). Their contents help us to confirm the earliest wordings in nearly every instance. There are tens of thousands of manuscripts from the New Testament, in part or in whole, dating from the second century A.D. to the late fifteenth century, when the printing press was invented. These manuscripts have been found in Egypt, Palestine, Syria, Turkey, Greece, and Italy, making collusion unlikely.

We also have the Septuagint which is a Greek translation of the Old Testament dating in the second century B.C. When we compare these texts which have an 800-1000 years gap between them we are amazed that 95% of the texts are identical with only minor variations and a few discrepancies. The 5 percent of variation consisted chiefly of obvious slips of the pen and variations in spelling. The significant thing is that when one compares the two sets of manuscripts, it is clear that they are essentially the same, with very few changes. The fact that manuscripts separated by a thousand years are essentially the same indicates the incredible accuracy of the Old Testament's manuscript transmission.

This 2,000-year-old scroll (pictured below) has been in the hands of archaeologists for decades. It hasn’t been possible to read it, since it was too dangerous to open the charred and brittle scroll. Scientists have now been able to read it, using special imaging technology that can look into what’s inside. The results? The current manuscripts we have of the book of Leviticus haven't changed in 2,000 years at all! Outside of the Dead Sea Scrolls, this scroll is the oldest fragment of the Bible to be found in modern times. 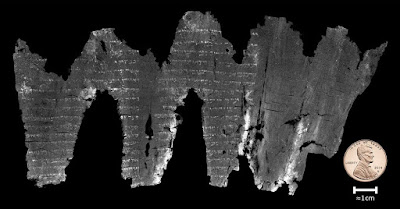 Another amazing thing to consider, is the fact that the Bible is 66 books! And yet it has complete unity of the overall message despite having so many different authors writing over many centuries on hundreds of controversial subjects - that is unbelievable in itself! The Bible was written over a period of roughly 2,000 years by 40 different authors from three continents, who wrote in three different languages. These facts alone make the Bible one of a kind, but there are many more amazing details that defy natural explanation.

And what about the contradictions? There are NO contradictions in the Bible. The misunderstanding is due to a lack of study of the scriptures. I've done a whole article on the so-called contradictions, which you can read here.

The funny thing is, those who dismiss the New Testament as reliable information, must also dismiss the reliability of the writings of Plato, Aristotle, Caesar, Homer, and any other historical authors... On the other hand, those who accept the historicity and writings of those other individuals, must also retain the historicity and writings of the New and Old Testament authors; after all, the evidence for the Testaments' reliability FAR outweighs all the others. The Christian has substantially superior criteria for affirming the Old/New Testament documents than he does for any other ancient writing. I believe the real reason for those who have a problem dismissing the Bible, yet no trouble accepting any other ancient source, is not due to one of the above reasons, but for one of five reasons:

1. Hearsay. They have never looked at it but have heard that others reject it.
2. Presuppositions. They believe that miracles cannot happen and because the Bible describes miracles it must therefore be false.
3. Science. They think the Bible makes claims which have been disproved scientifically.
4. Morality. They reject the Bible’s moral teaching especially about sexuality.
5. Personal. They are unwilling to accept the personal implications of the Bible’s teaching.

Bottom line: the New and Old Testament have an overwhelming amount of evidence supporting their reliability. In fact, the Bible should be enough Christian evidence for anyone since its reliability, alone, defies natural explanation.

PLEASE NOTE: Even without a knowledge of the above information, the hidden messages/proof in the Bible, and the extraordinary mathematical design of the Bible alone, shows it was inspired by God, and is extremely well preserved.

The Bible’s power rests upon the fact that it is the reliable, errorless, and infallible Word of God. - Chuck Colson