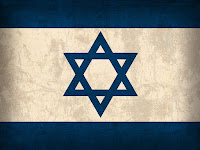 Was May 14, 1948, chosen by God as the exact day in time to resurrect the nation of Israel, or was it just some random date in human history?
Could it be possible that this exact date was prophesied thousands of years before in Scripture? The amazing answer is YES! It was prophesied down to the very year, and month! Let's see the prophecy...

In this strange prophecy, Ezekiel is commanded to first lay on his left side for 390 days and then on his right side for 40 days, for a total of 430 days, as punishment for the iniquities of the house of Israel. God has appointed each day for a year, so God decreed to Israel a total of 430 years of punishment for her sins against Him. That punishment consisted of physical removal from the land God had promised His people. Israel’s captivity in Babylon was exactly 70 years as prophesied by the prophet Jeremiah, "And this whole land shall be a desolation and an astonishment, and these nations shall serve the king of Babylon seventy years" (Jeremiah 25:11)

Therefore, the first 70 years of Israel’s punishment was completed when the Babylonian captivity ended. By the decree of King Cyrus, conquerer or Babylon, the Jews were set free from their captivity in the year 538 B.C. 430 years minus the 70 year captivity equals 360 years of remaining punishment to come.

May is the fifth month of the modern calendar, and on May 14, 1948, Israel arose from the ashes of extinction to become a nation!

Note: Many commentators had difficulty when attempting to apply this specifically to Israel's history. The 360 years did not seem to fit any period of history on their own. Leviticus 26 was the key to this prophecy.


The "Desolations of Jerusalem"

There are actually two different periods that are candidates for this prophecy: Israel becoming a nation, and the "Desolations of Jerusalem." Each of these were prophesied to be seventy years in duration and many assume they are synonymous of each other; however, they are not. The first siege began the countdown to Israel's return as a nation in 538 B.C,. as we saw above, however the third siege of Nebuchad-nezzar, in 587 B.C., began the "Desolations of Jerusalem," which lasted until 518 B.C.

On June 7, 1967, as a result of the Six Day War, the Biblical city of Old Jerusalem was restored to the nation. Another remarkable coincidence!

If you don't know about Israel's two amazing fulfillment of prophecy, see here.