Why Christianity is the Only True Religion

A common question skeptics ask is,


How do you know Christianity is the right religion out of the hundreds of other religions?


Despite the overwhelming evidence for Christianity, most skeptics are not truly interested in an answer. But here's a systematic methodology approach to this question, which proves Christianity is the one true religion.

From a purely rational perspective, nothing could be further from the truth. The five major religions (Judaism, Islam, Hinduism, Buddhism, and Christianity) are fundamentally different with only superficial similarities. They differ in their teachings on God, Jesus, the Nature of Man, Sin, Salvation, Heaven, Hell, Faith, etc,.. For example, Buddhism is an atheist religion (no god) while Hinduism is a polytheistic religion (many gods) and the other three are monotheistic (one god).

The Law of Non-Contradiction states that contradictory propositions cannot all be true in the same sense and at the same time. Only one religion can be the true one.

1. Does God exist? Atheists and naturalists (who do not accept anything beyond this physical world and universe) say “no.” (See my article on the Cosmological Argument here.) Logical argument, and morality prove God exists - if you still disagree with this, then you are defying the cosmological argument and the basic scientific laws. For example, anything that isn't eternal must have had a first cause. We now know the universe isn't eternal, and therefore it must have been created by an eternal being - which the cosmological argument points to God. This rules out atheists and naturalists.

Judaism, Islam, and Christianity, interestingly enough, are the only core faiths left standing after atheism and pantheism have been eliminated.

There is no faith on the planet that can match the mountains of evidence that exist for Christianity. From the voluminous number of ancient manuscripts, to the very early dating of the documents written during the lifetime of the eyewitnesses (some only 15 years after Christ’s death), to the multiplicity of the accounts (nine authors in 27 books of the New Testament), to the archaeological evidence (Biblical Archeological Discoveries: Top 10) —none of which has ever contradicted a single claim the New Testament makes. (See my article: "Is The Bible Reliable?")

A careful comparative analysis of the sacred writings of Hinduism (the Gitas, the Upanishads, etc,), of Islam (the Koran and the Hadith) and of Christianity (the Bible) reveals a startling yet predictable outcome. The only sacred writings that reveal a god that fits EACH AND EVERY ONE of these necessary characteristics is the Bible. Thus, the God of the Bible is a perfect fit for the Cause of the Universe as we observe it. 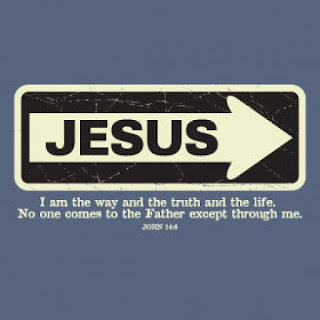 4. The New Testament’s historical authenticity—that it conveys a truthful account of the actual events as they occurred—is the only right conclusion to reach once all the evidence has been examined. Now, if Jesus is God, then what He says must be true. And if Jesus said that the Bible is inerrant and true in everything it says (which He did), this must mean that the Bible is true in what it proclaim. So anything in the Islamic Koran or writings of Judaism that contradict the Bible cannot be true. In fact, both Islam and Judaism fail since they both say that Jesus is not God incarnate, while the evidence says otherwise. This leaves Christianity.

PLEASE NOTE: We can easily compare Christianity to Islam or Hinduism on MANY other points and we would find that the truthfulness of Christianity far surpasses either of these religions.

Also, whenever an atheist asks you: "How do you know your God is the one true God?" say: "Easy: Out of the 1,000's that exist which one do you focus on with your attacks 99% of the time?"