Is there historical evidence for Jesus' resurrection? 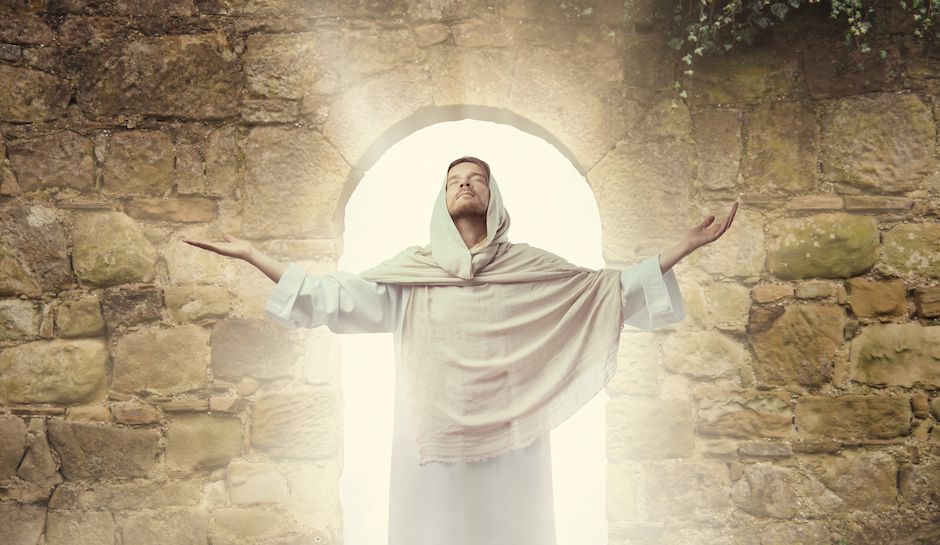 The New Testament stands alone in historical accuracy. It is the greatest of the resurrection proofs. The gospels themselves are the most reliable historical books in existence. Let's see just a few of the evidences for the resurrection... 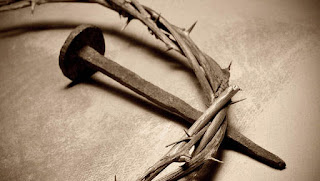 1. Jesus died on the cross. The Romans were experts when it came to executions, and clearly knew how to check whether someone was dead or not. Any victim who took longer than usual to die, would have their legs broken off by the Roman soldier, resulting in suffocation due to the inability to lift themselves up on their legs to take a breath. This execution is recorded precisely in detail in John’s gospel.


“And being in agony, He prayed more earnestly. Then His sweat became like great drops of blood falling down to the ground” (Luke 22:44)

Hematidrosis is a rare, but very real, medical condition where one’s sweat will contain blood. Its cause is extreme anguish, known to occur under conditions of extreme physical or emotional stress. In the other Gospel accounts, we see Jesus’ level of anguish:


"Instead, one of the soldiers pierced Jesus' side with a spear, bringing a sudden flow of blood and water." (John 19:34)

From the wound came a flow of "blood and water." John’s description is consistent with what modern medicine would expect to have happened when someone dies! As the red blood cells and serum have separated after the heart has stopped beating which John has quite inadvertently recorded. The spear blow to the heart, would have ruptured the pericardium (the sac surrounding the heart) releasing a flow of watery serum, followed by blood as the heart was pierced. John probably had no idea why he saw both blood and a clear fluid come out since he was untrained. Modern medical knowledge supports the claim of the scriptures that Jesus died on the cross.

4. The first eyewitnesses were women. Women were second class citizens in Bible times, and the testimony of women in 1st century Jewish culture was considered worthless. Yet the Bible says the risen Christ first appeared to Mary Magdalene and other holy women. That would have been an embarrassing detail you would have never led with UNLESS it actually happened. And the fact that all four (Matthew, Mark, Luke and John) say it happened just gives it that much stronger evidence that it actually did happen. Jesus, who always had special respect for these women, honored them as the first eyewitnesses to his resurrection. The male Gospel writers had no choice but to report this embarrassing act of God's favor, because that was how it happened.

5. The resurrection was preached in the same city where Jesus had been buried shortly before. Jesus' disciples did not go to some random place far away, where no one had heard of Jesus, to begin preaching about the resurrection. Instead they began preaching in Jerusalem, the very city where Jesus had died and been buried. No one would be foolish enough to believe a man had raised from the dead when his body lay dead in the tomb for all to see. Paul Althaus writes, that the resurrection proclamation "could not have been maintained in Jerusalem for a single day, for a single hour, if the emptiness of the tomb had not been established as a fact for all concerned."

6. The earliest Jewish arguments against Christianity admit the empty tomb. In Matthew 28:11-15, the Jew's try to disprove Christianity, and make it look bad, by saying that the disciples stole the body. This actually shows that the Jews did not deny the empty tomb. Furthermore, the Jewish leaders were opposed to Christianity! They were hostile witnesses. So in acknowledging the empty tomb, they were admitting the reality of a fact that was certainly not in their favor. Why would they admit that the tomb was empty unless the evidence was too strong to be denied?

7. Changed lives and hundreds of eyewitnesses. Just after the crucifixion, Jesus' apostles hid behind locked doors, terrified they would be executed next. But something changed them from cowards to bold preachers. Any person should know that is hard to believe unless something as incredible as the resurrection had actually happened. History also records that thousands upon thousands were instantly and immediately mass converting to be followers of Jesus, as many as 3000 in a day. It is recorded that after the crucifixion, Jesus appeared alive over a span of 40 days and to “500 eyewitnesses”. This fact alone makes it hard to believe it was made up.

8. Willingness to die for what was known. Tradition says ten of the original apostles died as martyrs for Christ, as did the Apostle Paul. Hundreds, perhaps thousands of early Christians died in the Roman arena and in prisons for their faith. People do not die for a cause they know to be false.

Ignatius who lived from, AD 70-115, affirmed clearly the literal historical nature of the resurrection of these saints, declaring,

“For Says the Scripture, ‘Many bodies of the saints that slept arose,’ their graves being opened. He descended, indeed, into Hades alone, but He arose accompanied by a multitude”

Ignatius to the Magnesians:


“…[T]herefore endure, that we may be found the disciples of Jesus Christ, our only Master—how shall we be able to live apart from Him, whose disciples the prophets themselves in the Spirit did wait for Him as their Teacher?  And therefore He who they rightly waited for, being come, raised them from the dead”

Irenaeus who lived from, AD 120-200, was closely linked to the New Testament writers. He knew Polycarp who was a disciple of the apostle John. Irenaeus wrote:


“…He [Christ] suffered who can lead those souls aloft that followed His ascension.  This event was also an indication of the fact that when the holy hour of Christ descended [to Hades], many souls ascended and were seen in their bodies”

Clement of Alexandria who lived from, AD 155-200, verified the historicity of the resurrection of the saints in Matthew 27, writing,


“‘But those who had fallen asleep descended dead, but ascended alive.’  Further, the Gospel says, ‘that many bodies of those that slept arose,’—plainly as having been translated to a better state”


“’And the sun grew dark at mid-day;’ (and when did it ‘shudder exceedingly’ except at the passion of Christ, when the earth trembled to her centre, and the veil of the temple was rent, and the tombs burst asunder?) ‘because these two evils hath My People done’”

Not a single record was found of any surveyed who believed this was a legend. These records that are so close to the time period of the resurrection prove it was no legend.

Do not forget that there are numerous other historical records, such as Josephus, a prominent Jewish historian, who corroborated the prophecies, miracles, and crucifixion of Jesus. Tacitus, a Roman historian, goes as far as to say, "Christus…suffered the extreme penalty during the reign of Tiberius at the hands of one of our procurators, Pontius Pilate, and a most mischievous superstition, thus checked for the moment, again broke out not only in Judea. . .but even in Rome." (See more: Is there historical evidence for Jesus' existence?)