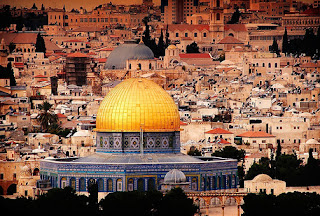 "And it shall come to pass in that day, that the Lord shall set his hand again the second time to recover the remnant of his people, which shall be left, from Assyria, and from Egypt, and from Pathros, and from Cush, and from Elam, and from Shinar, and from Hamath, and from the islands of the sea. And he shall set up an ensign for the nations, and shall assemble the outcasts of Israel, and gather together the dispersed of Judah from the four corners of the earth." (Isaiah 11:11-12)

Over five million Jews have returned to Israel in recent times! This is unprecedented in human history. Never has a people group been dispersed for hundreds of years to every corner of the globe, and then regathered back to their homeland. Yet, God said it and He has done it before our very eyes!

"Fear not: for I am with thee: I will bring thy seed from the east, and gather thee from the west; I will say to the north, Give up; and to the south, Keep not back: bring my sons from far, and my daughters from the ends of the earth." (Isaiah 43:5-6)

"For then will I turn to the people a pure language, that they may all call upon the name of the Lord, to serve him with one consent." (Zephaniah 3:9)

At the end of the 19th century the Zionist movement brought about the revival of Hebrew as a spoken language. In 1948, Hebrew became an official tongue of the state of Israel. Originally there was only one language (Genesis 11:1) and this pure speech will be restored (Isaiah 19:18). Interestingly, Hebrew has no swear words. 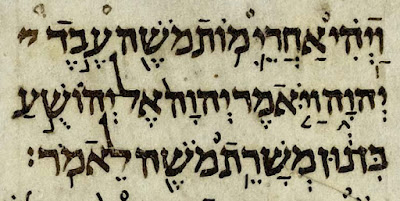 "You will become an object of horror, ridicule, and mockery among all the nations to which the LORD sends you." (Deuteronomy 28:37)

History confirms that the Jews have been persecuted as no other people group. Hitler tried to exterminate them, and the Antichrist will attempt the same during the Tribulation. Today, anti-Semitism is a global epidemic. For example, of more than 700 General Assembly resolutions passed since the establishment of the United Nations in 1945, about 60% condemn Israel. Only a few have been passed against Arab nations, but none as a response to their involvement with terrorism. In other words, out of 190 nations in the UN, the majority of all UN resolutions rebuke just one member, Israel!

"I will also gather all nations, and will bring them down into the valley of Jehoshaphat, and will plead with them there for my people and for my heritage Israel, whom they have scattered among the nations, and parted my land." (Joel 3:2)

This is another unimaginable prophecy! In 1947, UN Resolution 181 planned the partitioning of Israel. Currently, the West Bank and Gaza have been seperated into Jewish and Palestinian settlements. Dividing Jerusalem, Judea, and Samaria are also being negotiated today in order to create a Palestinian state.

As foretold, Israel has been without a king for over 2500 years. Amazingly, not only is Israel no longer a theocracy, but today the Jewish state is governed by a democracy comprised of multiple political parties.

"Thou shalt fall upon the mountains of Israel, thou, and all thy bands, and the people that is with thee: I will give thee unto the ravenous birds of every sort, and to the beasts of the field to be devoured." (Ezekiel 39:4)

It is a little known fact that Israel is the bird migration capital of the world. During the spring and fall migrations, billions of birds fly over Israel. Many of these migratory birds are raptors – carrion (dead flesh) eating birds of prey. In fact, 34 species of raptors migrate over Israel. 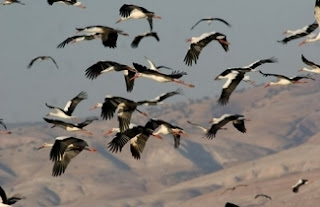