Is Bitcoin the ‘Mark of the Beast’?

“And he causes all, both small and great, rich and poor, free and bond, to receive a mark in their right hand, or in their foreheads: and that no man might buy or sell, save he that had the mark, or the name of the beast, or the number of his name.” (Revelation 13:16-17) 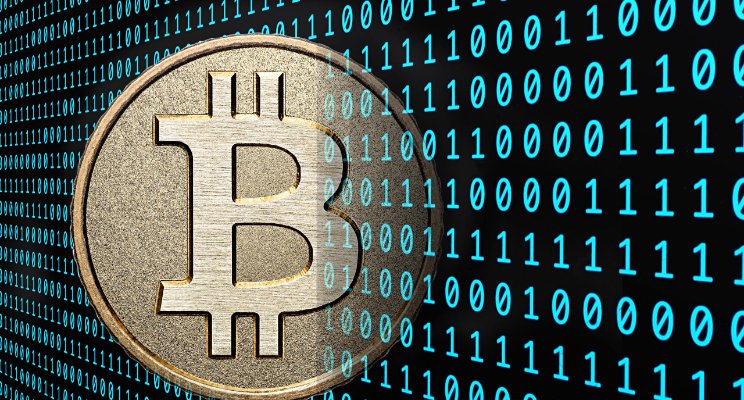 Bitcoin is a type of cryptocurrency - money that is completely virtual and is not shared or controlled by a centralized government. (“Crypto” refers to the heavy cryptography (encoding) used to request, confirm, and record the transactions within the context of a decentralized system). Bitcoin was created in 2009, and is the most popular cryptocurrency out of many others.

Currently, the interest in Bitcoin is intense. It’s almost impossible to browse a website, or view a video in the financial space without hearing about the rise in the price of Bitcoin. Claims are also inducing people that it will exceed $1 Million per coin this year and as a cure for all, decentralized, untraceable, government and central bank free market "currency", they're also claiming it will end poverty and improve the lives for humanity. All of these factors are resulting in Bitcoin's growing attraction to many. The centralized control is also similar to the New World Order mentioned in Revelation...


How could Bitcoin become the ‘Mark of the Beast’?

If the Bitcoin maximalists (those who believe that it is better to maximize your efforts and invest in one single coin, i.e. Bitcoin) get their way, and the entire world uses Bitcoin in its current form, the masses of people becoming accepting of Bitcoin could pave the way for the future “mark of the beast.” There are five features of Bitcoin that make it likely to usher in the “mark of the beast.” (This is pure speculation).

1. A type of cryptocurrency ushering in a one world currency and the antichrist makes the most sense. Logically, it would never make sense to have the same paper money, and coins, that we currently have (that have no intrinsic value as, for example, gold would have), all over the world acting as a one world currency. As more of the current currencies begin to fail around the world, paper money, and coins, would soon become worthless. Digital currency, however, makes perfect sense. Bitcoin, and its blockchain (public/easily verifiable database system which records transactions) are also decentralized, which would make it easy for them to be controlled by the antichrist who will, eventually, have to take over the internet.

2. Each person’s Bitcoin addresses would be tied to identity if Bitcoin became the new one world currency. It would be very easy to convince people that identities must be tied to payments. This would mean that every person’s payments could be monitored, to see if they are complying, straight from the blockchain. Addresses of “criminals” could be blacklisted and taxes could be verified for all transactions. A person's economic life could be tracked, verified, measured and controlled, all via the blockchain.

3. The relative IP address of where transactions are made is sent out live by the blockchain. This makes for an excellent geo-tracking scheme when everyone’s identites are tied to their Bitcoin address, as mentioned above. Revelation 13:7 says, “The number of his name.” If Bitcoin becomes the new one world currency, you'd be able to run, but you wouldn't be able to hide.

4. The blockchain is transparent, which would make it very easy to punish those who don’t conform to Bitcoin payments. For instance, failing to include your tax payment on every transaction, or doing any business with people who have financial penalties would land you directly on the trade penalty list. Furthermore, anyone found by the Bitcoin blockchain to be trading with you could be imprisoned or worse may eventually starve, not for lack of food, but for lack of people willing to sell some to you. Revelation 13:7 says, “No man might buy or sell.”

5. Implanting chips into hands with a bitcoin wallet inside is becoming more popular. Recently, we've witnessed microchip implants becoming a popular trend, with implantable RFID chips thought to be the "Mark of the Beast" by many. Surprisingly, people have recently began installing chips into their hands with a bitcoin wallet inside! Revelation 13:16 says that people will “receive a mark in their right hand, or in their foreheads.”

However, the current popularity of bitcoin doesn’t necessarily mean that bitcoin will be the Antichrist’s one-world currency. After all, Bitcoin is only one of over 1,000 different virtual currencies! But there's also no reason not to believe that Bitcoin, and other similar cryptocurrencies, could be precursors to the money eventually used in the end times. It certainly is an exciting time to be a Christian!

New comments are not allowed.