“In the third year of Cyrus king of Persia a message was revealed to Daniel, whose name was called Belteshazzar. The message was true, but the appointed time was long; and he understood the message, and had understanding of the vision” (Daniel 10:1) 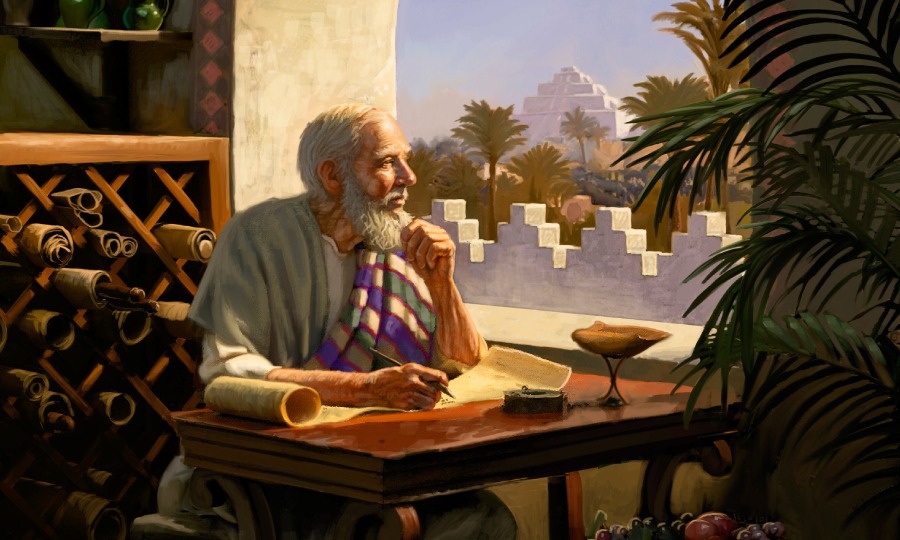 A message was revealed to Daniel, during the the third year of Cyrus (535/534 B.C.), just a few years before Daniel’s death. Through Nebuchadnezzar’s dreams (Daniel 2:1) and through Daniel’s vision of four beasts (Daniel 7), God had already revealed that there would be four world-ruling empires followed by the Kingdom of God. In Daniel chapter 11, God reveals to Daniel some amazing details about major world powers, in order! (Daniel was written in the sixth century B.C., these prophecies predict from the 5th century B.C., up until 400 years after the prophecy). Let's see the prophecies...

The prophecy of Daniel 11 begins with the prediction that “three more kings will arise in Persia” Three more kings did arise in history: Cyrus, Cambyses, and Hystaspes. Followed by a fourth who would “stir up all against the realm of Greece” (Daniel 11:2). The fourth, was the Persian king, Xerxes, who reigned 485-464 B.C. who invaded Greece!

Daniel 11:3-4 then speaks of the appearance of “a mighty king,” whose kingdom would “be broken up and divided toward the four winds of heaven.” The next phase in world empires was the rise of Alexander the Great, who was indeed a mighty king. And just as verse 4 states, Alexander's kingdom was divided into four sections: Greece, Asia Minor, Syria, and Egypt!

Daniel 11:5 goes on to say, “And the king of the south shall be strong” and one of his princes will “be strong above him”. The king of the South was Ptolemy I (Soter), son of Lagus. Egypt was the southernmost point of the Persian, Greek and Roman Empires. The prince under Ptolemy I who would become stronger than Ptolemy I was Seleucus Nicator of the Selucid Empire! He became king of Syria, the most powerful of Alexander's successors.

Daniel 11:6 says that in the end of years they shall join themselves together; “king's daughter of the south shall come to the king of the north to make an agreement.” The “daughter” was Berenice, daughter of Ptolemy II (285-246BC). The “agreement” was a proposed peace treaty that called for Antiochus II to marry Berenice! But Daniel then says, in regards to the agreement, “but she shall not retain the power of the arm; neither shall he stand, nor his arm: but she shall be given up” Antiochus already had a wife, who did not take kindly to being divorced, and therefore she managed to have both Berenice and her infant son, whom she had borne to Antiochus, assassinated. The prophecy was fulfilled concerning Berenice, that she would be ‘given up’.

“But out of a branch of her roots shall one stand up in his estate, which shall come with an army, and shall enter into the fortress of the king of the north, and shall deal against them, and shall prevail” (Daniel 11:7). Ptolemy III (Euergetes) organized a great expeditionary force against Syria, in order to avenge his sister’s death. This war raged from 246 to 241.

Daniel 11:8 says he “shall also carry captives into Egypt their gods, with their princes, and with their precious vessels of silver and of gold” Ptolemy III recovered the idols of Egypt taken by Cambyses in 524 B.C.

Daniel 11:9 says, “So the king of the south shall come into his kingdom, and shall return into his own land.” Although he did not enter Egypt itself, Seleucus II regained control of northern Syria and Phoenicia.

Daniel 11:13-16 document the eventual wresting of the Holy Land from Egyptian control by Antiochus the Great. (Space precludes further discussion of this prophecy)

Daniel 11:17 tells us he will make an alliance with the king of the South,“he will give him a daughter in marriage in order to overthrow the kingdom, but his plans will not succeed or help him” Hoping to gain advantage over Egypt, Antiochus the Great gave his daughter, Cleopatra, in marriage to Ptolemy V in 195 B.C. But Antiochus’ daughter sided with her husband and no advantage was gained.

“Then he will turn his attention to the coastlands and will take many of them, but a commander will put an end to his insolence and will turn his insolence back on him.” (Daniel 11:18) Antiochus turned his attention to Asia Minor and Greece (the 'coastlands'), but then the Roman consul Lucius Scipio Asciaticus (the 'commander')  came and defeated Antiochus in Asia Minor in 190 BC.

Daniel 11:19 says that, after this, “he will turn back toward the fortresses of his own country but will stumble and fall, to be seen no more.” Antiochus died in 187 BC while attempting to plunder a temple in the province of Elymais fulfilling the prophecy that he will 'Stumble and fall'.

Daniel 11:20 says, “His successor will send out a tax collector to maintain the royal splendor. In a few years, however, he will be destroyed, yet not in anger or in battle.” The brief 12-year reign of Antiochus III’s eldest son, Seleucus IV, was marked by heavy taxes throughout Palestine. Seleucus was soon poisoned to death by his minister, Heliodorus.

Daniel 11:21-34 document the tyrannical oppression of the Jewish people by Antiochus Epiphanes. (Space precludes further discussion of this prophecy)

Daniel 11, up to verse 35, was clearly and at times amazingly precisely fulfilled in the four hundred years leading up to the birth of Jesus!

Besides Genesis, no other book of the OT has been subjected to as much scrutiny as the Book of Daniel. Obviously, for its detailed and accurate prophecies contained within. The above was just chapter 11. Daniel also predicts the precise year of Christ’s appearance and the beginning of his ministry in A.D. 27, Daniel 8 foretells of Alexander the Great, Daniel 2 and 7 predicts the four great world-ruling kingdoms, as well as the revived Roman Empire (which you can read about here), and many more, that I'll cover in future articles. Skeptics have suggested that the book of Daniel was written several hundred years later, during the 160s B.C., after these events had already transpired. But foretelling the future is not difficult for God. The following are three evidences that disprove skeptics' claims:

The above evidences, without a doubt, strongly confirm an early date for Daniel before the 5th century BC.
References: