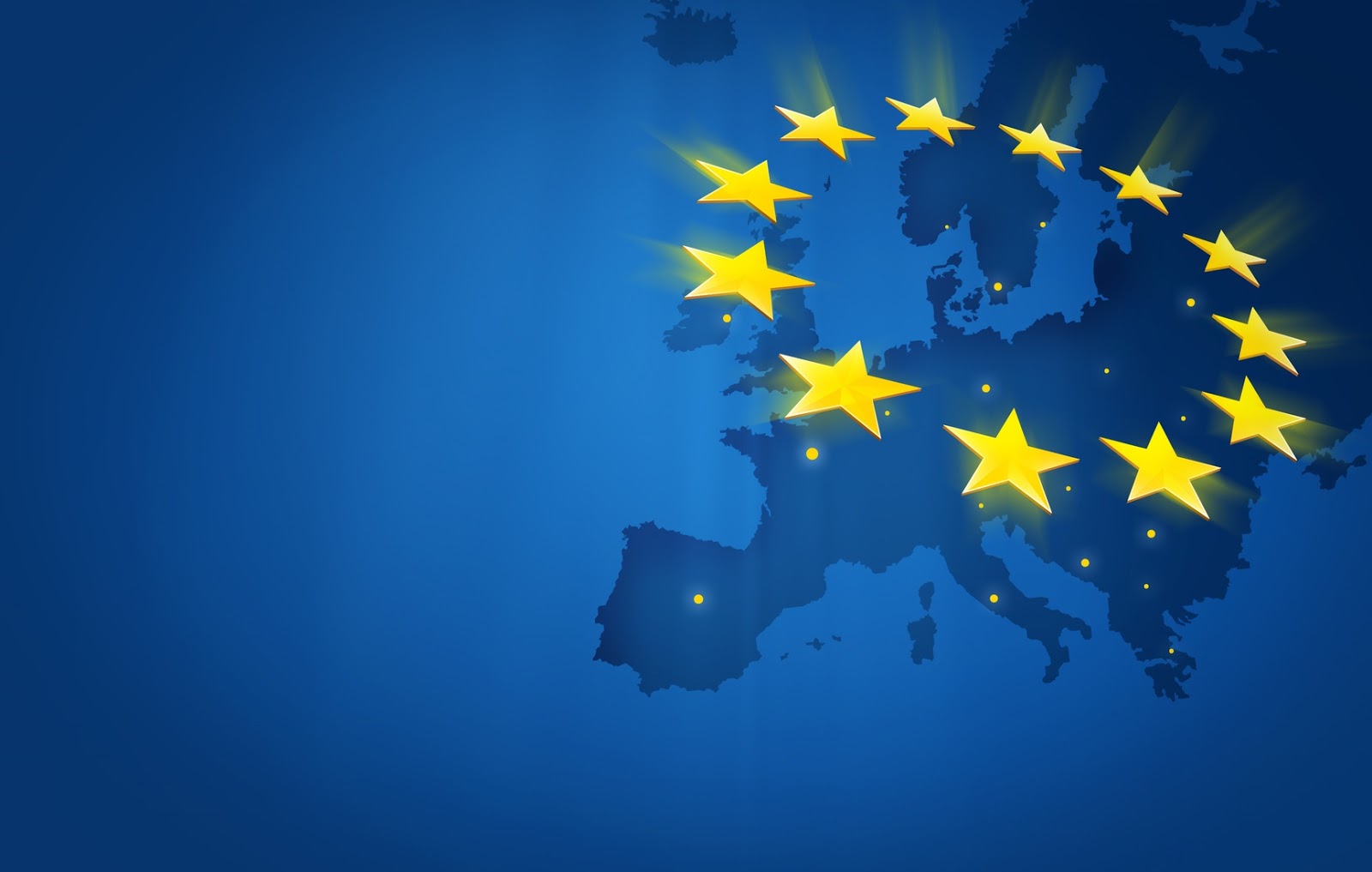 Another prophetically highlighted event in the Bible, that is often overlooked, is that a new superpower will emerge on the world scene shortly before Jesus' return. In Daniel chapters 2 and 7, it is predicted that a future unified Europe will rise in the end times out of the ashes of the old Roman Empire. Let's see the prophecy...

Interpreting that dream, Daniel concluded that the first component, the head of gold, represented Nebuchadnezzar’s Babylonian Empire: “You are this head of gold” (Daniel 2:38). Daniel then goes on to describe the next three empires. From history we know that these next three kingdoms after Babylon were the Persian Empire, the Greek Empire of Alexander the Great and his successors, and the Roman Empire.

The first three kingdoms listed above were each defeated by its successor. However, the Roman empire was the last and terrible beast in another vision that Daniel himself had (Daniel 7:1-24), but it was never defeated. This is why Daniel told Nebuchadnezzar that his vision was about “what will be at the End of Days” (Daniel 2:28).

In the final part of the dream, Daniel goes on to explain the symbolism. He says that during the reign of this fourth empire (Roman Empire), God will set up the “kingdom that will never be destroyed,” (Daniel 2:44). We know from many other prophecies that this is the Kingdom of God, which Jesus Christ will establish on earth at His return. It is here that this fourth empire will fight Jesus Christ at His return, only to be destroyed. Therefore, the Roman Empire must exist in some form at the end of the age so that it can be struck and destroyed! Many refer to this as a "Revived Roman Empire" since the former, historic Roman Empire collapsed long ago. The former Roman Empire encompassed present-day Europe, so we should expect a future unified Europe to come to power again, to dominate the world during the latter days!

In the book of Revelation, this is again confirmed when referring to seven major Middle East empires or kingdoms (Rev 17.10). These can be identified as the Egyption, Assyrian, Babylonian, Medo-Persian, Greek and Roman empires, with one to come. Taken with Dan 2 and Dan 7, this suggests that the one to come must be a revived form of the historic Roman Empire.

Many, even in the church, have said it is impossible to ever unite Europe and they have mocked those who said that this prophetic scenario should be taken literally. Throughout the centuries since Rome fell, many political leaders have dreamed of resurrecting the Roman Empire. Napoleon Bonaparte, Benito Mussolini, Adolf Hitler, and Winston Churchill, for different reasons and with differing motives, all shared the vision of a United States of Europe. But that vision had to await God’s timing for its fulfillment. That timing came at the end of World War II.

Amazingly, a super state called the European Union (EU) formed in Europe to set the stage for the fulfillment of Old Testament and Revelation prophecies! The possible fulfillment of this scripture began in 1950 (at almost the exact same time Israel had become a nation). Beginning in 1950, the European Coal and Steel Community came together to make plans to achieve economic unification in Europe following the war, in hope that this would strengthen economic trade in Europe. This unified effort led to the signing of the treaties of Rome (of all places, Rome!) in 1957, which established the European Economic Community (EEC) (which later became the European Union), and the European Atomic Energy Council. That treaty was taken a step further with the signing of the Brussels Treaty in 1965. The Brussels Treaty began the process of rebuilding the old Roman Empire through reunification of European states under one political system, one economic system, and eventually under the protection of one military force.

More states were added to this growing union in 1973, 1981, and 1986, making up the 10 permanent member states of today’s European Union. This 10 nation military wing of the EU may very well fulfill the prophecy of the beast (representative of the revived Roman Empire) with 10 horns from Daniel 7:7-8 and Revelations 13:1! The EU today is made up of 28 countries! The EU is now the largest economy in the world and the most powerful political entity on earth. The movement for European unity, which was launched in 1950, has gradually evolved into a super-state!

Reasons why the EU is most likely the revived Roman Empire:

1. On the Bible Prophecy timeline, the EU (European Steel and Coal Community) formed around the same time as nation of Israel, only 3 years later! I do not think that is just a coincidence.

2. The Euro was introduced as the first step toward a unified single currency in Europe, in 2002. The Euro is now the official European currency. It is likely that the Euro or a replacement will soon replace the U.S. dollar as the primary world currency as the U.S. goes into decline.
3. The EU is on a quest for the development of new technologies for the economic growth it would bring their economy. Several EU Countries lead the world in cashless payment systems.
4. Computer systems in Brussels have the capability to manage all the world's finances and government complexes have been built in Europe to house a large central government.
5. The present Pope is a Jesuit that wants to unite world religions under his dominion. He also wants world government.
6. North African states and Middle East states may soon join with the EU and expand its borders to the full extent of the old Roman Empire.
7. Daniel 7:23-24 also foretells a 10-nation military alliance that will rise out of the revived Roman Empire and will come under the control of the Antichrist. The whole world is already dividing into regional economic zones. Will ten leaders soon arise to govern them?

Most obvious, the EU is already the world’s largest market, the EU is monolith with 513 million citizens, the EU nations taken together have the world’s largest standing army, the EU has its own flag, and the EU has a national anthem. All the components required for an empire! (Space precludes further reasons here; there are many other strong indications that the EU is the forerunner of this final world empire)

If the EU is the revived Roman Empire that will bring about the rise of Antichrist, then we should also expect to see religious symbolism of the EU. After all, riding on the beast’s (the beast represents the revived Roman Empire) back will be the harlot that represents a global pagan religious system that will unite the world (Rev. 17). And that is exactly what we see:

1. The EU has a national anthem, called the “Ode to Joy”. It contains religious symbolism: The lyrics, unknowingly, are actually about the entering of the shrine of a pagan goddess and the uniting of all men in brotherhood, by the power of magic.


2. One poster that was issued by the EU, showing the tower of Babel, carried the slogan “Many tongues, one voice.” They are celebrating the pagan tower that led God to confuse the languages of a defiant people (Genesis 11), furthermore, a crane in the background was shown rebuilding the tower. Now, once again, a rebellious people are rebuilding mystery Babylon. The secular press has named the unfinished tower of Babel, “Eurobabel”.

3. Revelation 17 depicts a great harlot riding on a beast, which represents the world government, and the great harlot is a global religion that will ride in on its back. Coincidentally, this harlot riding a beast was used when Britain issued a stamp to commemorate the first EU parliament election in 1979! It is now the official picture of the EU, and is painted on the dome of the parliament building in Brussels. It is also pictured on the same building that holds the “Eurobabel”.

Our generation has witnessed the resurrection of the Roman Empire, an end time event prophesied over 2,500 years ago by the prophet Daniel (2:31-45). The EU would seem to fulfill many of the prophesies of the fourth kingdom that is to come, but only time will tell!