Is the Current Influenza Outbreak a Sign of the End Times?

“Power was given to them over a fourth of the earth, to kill with sword, with hunger, with death, and by the beasts of the earth.” (Revelation 6:8) 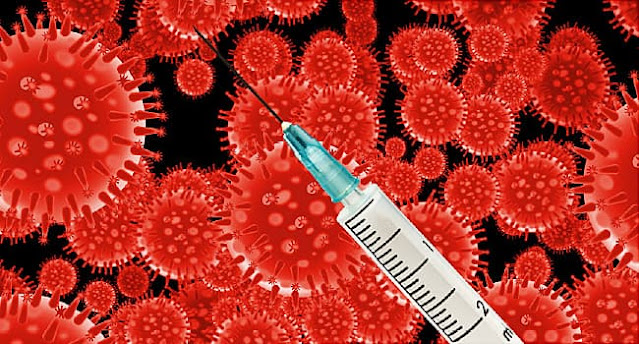 Towards the end of the age, Revelation describes the four horsemen, who symbolize the terrible events, that will plague the earth just before the return of Jesus Christ. Revelation 6 describes each horse, and each horse has a specific color and symbol, with a meaning that is explained further by looking at Matthew 24. The white horse symbolizes religious deception; the red horse, warfare; the black horse, famine; and the pale horse, death.

The fourth horseman (Revelation 6:7–8), the pale horse, comes after famine in Matthew 24, where Jesus Christ mentions pestilences—disease epidemics (Matthew 24:7). The pale horse is symbolic of the pestilences (the definition of the word, pestilence, used in Matthew 24:7 is: a contagious or infectious epidemic disease that is virulent and devastating) that will plague the earth just before the return of Jesus Christ. Interestingly, the Greek word translated “pale” is chlōros, a greenish color, likely describing either a sickly appearance or the color of decaying flesh. This pale horse will ravage one quarter of the earth by violence, hunger and "the beasts of the earth" (Revelation 6:8)—A surprising fact is that 75 percent of emerging infectious diseases are transmitted from animals (beasts of the earth) to humans. In recent years we have seen swine flu (from pigs), avian flu (from birds) and Ebola virus (from primates).

With today's population, we can figure out that these calamities will kill over 1.5 billion people! Given the modern medical technology we have available today, this may seem impossible, yet warnings of devastating global epidemics are appearing with increasing frequency...

Malaria has come back to districts where it was once almost destroyed, yet is presently spread by pesticide-resistant mosquitoes and antibiotic-resistant parasites. Today, Malaria contaminates 600 million individuals and kills more than a million children in sub-Saharan Africa yearly.

Sexually transmitted diseases are skyrocketing in large cities of the world. According to a recent United Nations report, the AIDS epidemic has infected 40 million people around the world.

Drug-resistant tuberculosis, another major killer, is spreading in economically blighted areas of Eastern Europe, Russia, Asia and Africa. Warmer temperatures have expanded the range of mosquitoes that carry West Nile virus into North America. And experts say, "the worst is yet to come!"

In fact, it's the 100th year anniversary of the fatal 1918 influenza pandemic - the deadliest pandemic in modern history - and 2018 has, coincidentally, started with a critical influenza pestilence... 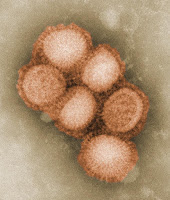 The entire continental United States is currently experiencing widespread flu right now, and elsewhere, spreading far and wide. With tens of thousands of patients flocking to hospitals and at least 37 children dead, this year’s flu season is shaping up to be the worst in nearly a decade. Medical experts are bracing for one of the worst flu seasons in history. The main flu strain for 2017-18 is known as the H3N2 virus, and it is more deadly than the swine flu. The flu is now widespread in about 46 states, according to the CDC. Here's some recent news headlines concerning this fact:


The 1918 flu pandemic killed 50 million people in just 18 months! The flu killed far more people than World War 1 did, and it infected an estimated 500 million people worldwide—one-third of the world’s population at that time. Furthermore, history reveals that "epidemics have crumbled empires, defeated armies and forever changed the way we live" (Fourth Horseman, Nikiforuk, p. xv). With this in mind, it is not hard to imagine how the "pestilences", mentioned in Matthew 24:7, could quite easily kill over 1.5 billion people.

Ironically, just a few decades ago, some scientists were forecasting that advances in medicine might soon eradicate deadly diseases. The current outbreak and the resurgence of previous infectious diseases clearly indicate that the Fourth Horseman is still a threat to the health of mankind—and he will ride again when conditions are ripe.