"Come," they say, "let us destroy them as a nation, so that Israel's name is remembered no more." With one mind they plot together; they form an alliance against you." (Psalm 83:4-5) 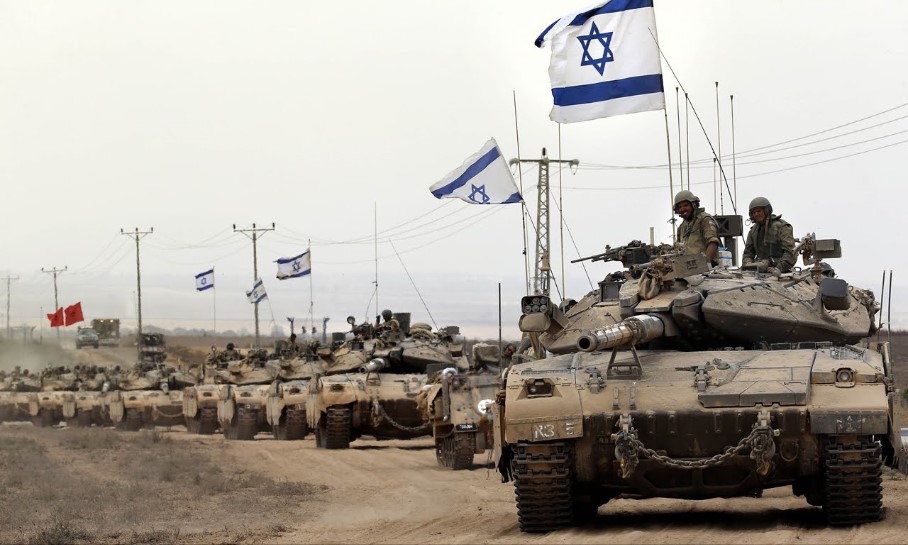 Psalm 83 foretells of a future 10-member alliance, comprised of the Arab territories that mostly share common borders with Israel, who will form an alliance and seek to wipe Israel “off of the map”. Verses 6-8 of Psalm 83 reveal the ancient identity of the nations in the alliance, which could also include notable terrorist organizations like Hamas, Hezbollah, ISIS and more.


"It includes the tents of Edom and the Ishmaelites, Moab and the Hagrites, Gebal, Ammon, and Amalek, Philistia and the inhabitants of Tyre. Even Assyria has allied with them, lending its strength to the descendants of Lot. (Selah)" (Psalm 83:6-8)

These groups are no longer identifiable by their ancient names. The modern-day equivalents of these nations, that will form an alliance and will be plotting to destroy the nation of Israel, include: 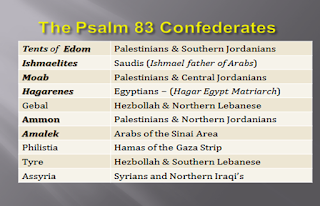 Historians and Bible scholars recognize that these nations have never formed an alliance, and that is why this is a prophecy—yet to be fulfilled. Amazingly ALL the nationalities listed above, in the Psalm 83 alliance, are the EXACT neighboring enemies of Israel who are at present, warning Israel of their intentions to destroy her and of whose preparations to come against Israel are dominating the headlines. This alliance is forming today!

Some Bible prophecy experts are even wondering if there is a definite connection between the ancient territory of Assyria (Psalm 83:8), and the terrorist organization, ISIS. There are a few reasons for this:

Today, and with the advance of the Islamic State, I wouldn’t be a bit surprised if they're involved.

A 3000 year old prophecy written in the book of Psalms appears to be alarmingly close to finding its final fulfillment! The exact timing of this war is not given. There are some who believe Psalm 83 war was completely fulfilled in the Six-Day War of 1967. However, logically, Psalm 83 in co-ordination with Isaiah 17 would seem to pave the way for the Gog/Magog War of Ezekiel 38-39. Nonetheless, the prophetic hourglass, that was turned on May 14, 1948, is certainly running out of sand in its top section!

UPDATE (12/03/18): The Turkish president has called for 57 islamic nations to join together to form an anti-Israel army. It could create the most formidable military force on the planet, and their specific goal is to attack Israel. Read more: http://www.wnd.com/2018/03/57-muslim-nations-urged-to-besiege-israel/