Is the Illuminati Conspiracy Real?

“Why do the nations conspire and the peoples plot in vain? The kings of the earth rise up and the rulers band together against the LORD and against his anointed...” (Psalm 2:1-2)

What Is the Illuminati Conspiracy?

The Illuminati conspiracy is the belief that a small, secret cabal of the world’s richest people, most prominent politicians, and most powerful corporate elite and highest-profile aristocracy, including the British royals, have been manipulating the course of global events—from major wars and economic depressions to pandemics—for centuries as part of a satanic plot to take control of the world and establish a “New World Order.” The Illuminati (a.k.a global elite/deep state) conceal their plans for world dominance by brainwashing the masses through the media, press, educational system, political leadership, monetary system, and even the entertainment industry because of the power that music and film have to be delivered to the masses. The media want us to believe that this is a “conspiracy theory.”
But, this is no theory. ‘Illuminati’ is actually a Latin word meaning “enlightened ones,” to have special knowledge or spiritual enlightenment[13], and its very roots can be traced all the way back to the garden of Eden in Genesis, when Adam and Eve sought to become “enlightened” (“your eyes will be opened, and you will be like God” - Gen. 3:5). In fact, man’s first attempt to unite mankind and create a one-world government, in order to become like God, is described in Genesis 11 with the Tower of Babel.

The modern “incarnation” of the Illuminati began on May 1, 1776, in Bavaria, Germany, when a former Jesuit named Adam Weishaupt set up a very secret organization known as ‘The Bavarian Illuminati.’ The group’s aim was to eliminate all religions and civil institutions and governments, and replace them with one new global movement—a system that Weishaupt called the new world order.[6] To achieve this plan, Weishaupt understood that he needed three things: supernatural power, to destroy Christianity; money (“who controls money can control the world” - Henry Kissinger[5]); and secrecy, to conceal his plans. Therefore, Weishaupt established his Bavarian Illuminati with an occult base, supported by the family of the banking millionaire, Rothschild; and instructed its members, limited to only the most wealthy and powerful men, to use code names, and a variety of secret symbols, in order to protect their identities.[2] These code names and symbols were occultic and satanic in nature (e.g., the Owl of Minerva and all-seeing eye).[7]
According to “sources” like Wikipedia, the group was disbanded in 1785, after one of its members was struck by lightning and killed while carrying secret Illuminati papers (coincidence?); the government got hold of these papers and discovered the Illuminati plot, thereby arresting Weishaupt along with some of his ardent supporters. However, some people such as John Robison, one of the most respected scientists in the world, have argued that the Bavarian Illuminati survived and believe that its members chose instead to conceal themselves and their plans within the cloak of Freemasonry, under which auspices they continue to thrive.[4] The evidence speaks for itself...

For decades, the Illuminati has been talked about by leaders, some of whom have either dropped hints about the Illuminati and their secret agenda, or have gotten close enough to the power structure to see for themselves that a powerful secret society does exist and has tremendous influence over the world. For example, eleven years after the Illuminati was supposedly banned and stamped out, President George Washington wrote (1798),

“It was not my intention to doubt that the Doctrines of the Illuminati…had not spread in the United States. On the contrary, no one is more truly satisfied of this fact than I am.”[11]

And, sometime during his presidency, Woodrow Wilson said:

Even today, elitist groups such as Skull and Bones, Bohemian Club, and the Bilderberg Group regularly meet up and participate in secret meetings, behind closed doors, and bizarre rituals. The founding member of Bilderberg, Denis Healey, once said of the group, “To say we were striving for a one-world government is exaggerated, but not wholly unfair.”[9] Interestingly, the Bohemian Club’s mascot is an owl, the ancient goddess of wisdom, which just so happens to be the same symbol that Weishaupt used to represent his Bavarian Illuminati![10]
While the details of their meetings are secret, it’s more than likely they are discussing topics related to their sinister plan to gain control of world affairs, which has been revealed by other, far more public, elitist organizations such as the United Nations (UN) and World Economic Forum (WEF). Not only is this plan fully outlined under the guise of environmentalism in the UN’s Agenda 21 and Agenda 2030, and in the aptly named ‘Great Reset’ agenda described by Klaus Schwab and the WEF, but many influential leaders, today, are openly talking about and pushing for globalism and a new world order. Even the back of the U.S. dollar reveals their plan with both symbolism and words:

Above the pyramid is the all-seeing eye, which symbolizes the elite in control of the masses, and the Latin phrase “Annuit Coeptus.” This means “Announcing the Birth of,” and the phrase below it, “Novus Ordo Seculorum,” means “New World Order.”[3]

Take a look at any global wealth distribution diagram, which just so happen to be pyramid-shaped, and it’s clear that a disproportionately large amount of wealth is in the hands of a very small number of people. Reports from Oxfam and Bloomberg say that 1% of the world, together, owns more money than the other 99%. Even worse, Oxfam says that 82% of all earned money in 2017 went to this 1%. 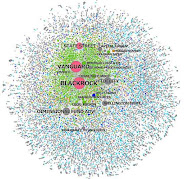 Also, take a look at any of the world’s largest corporations and their top institutional investors on Yahoo Finance, and you’ll find that two companies are consistently listed at the top: The Vanguard Group Inc. and Blackrock Inc. For example, the two largest shareholders of Pfizer are Vanguard and BlackRock, which hold the majority of the company shares.[14] But, these are also the two largest shareholders of Facebook[15], and virtually every other industry, from the food industry to the mainstream media.[8] A Bloomberg report states that Vanguard and BlackRock are expected to collectively manage $20 trillion-worth of investments by the year 2028, owning almost everything on planet Earth!

Who owns these two investment firms?

It turns out that Vanguard is the largest shareholder of BlackRock, and Vanguard, itself, is a private company whose shareholders cannot be known. No surprise there. You can pretty much assume it is owned by none other than the global elite! See: Who Owns the World?: Blackrock and Vanguard

Today, many world “elites” in positions of power and fame, particularly those in the music industry, are surrounded by Illuminati imagery and symbolism. They appear to have taken the offer that Satan gave the Messiah on that mountain; that is, power and wealth in return for worshiping Satan and doing his will (Mat. 4:8-10). For example, the famous singer, Beyoncé, flashed several Illuminati symbols, including the goat ring and the triangle, during the 2013 Super Bowl halftime show, after which a major power outage took place.[1] Just a coincidence? 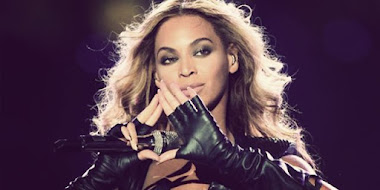 Almost 2,000 years ago, the Bible prophesied that Satan and his puppet, the Antichrist, will unite the world at the end of time, in a final attempt to finish the ‘Tower of Babel’ (Dan. 7:23; Rev. 13:7-8). It appears that the Illuminati, which are nothing but pawns in the hands of Satan, are setting the stage for the coming Antichrist.
If you haven’t already repented of your sins and put your faith in Jesus Christ as Lord and Savior, now is the time to do so—so that you can escape the coming Antichrist’s reign of terror and all the things which are about to come to pass (Luk. 21:36).
References:
1 Blake, M. (2013). Did Beyonce cause the Super Bowl blackout?. Los Angeles Times. https://www.latimes.com/entertainment/la-xpm-2013-feb-04-la-et-st-super-bowl-blackout-beyonce-20130203-story.html↩
2 Epperson, A. R. (1990). The New World Order. Publius Press.↩
3 G, A. (2014). The Illuminati: a comprehensive history of the order of Illuminati (Kindle Locations 150-151). Kindle Edition.↩
4 Jeremiah, D. (2019). The Illuminati. Jeremiah Project. https://www.jeremiahproject.com/new-world-order/the-illuminati/↩
5 Kissinger, H., & National Security Council. (2019). The Kissinger Report: NSSM-200 Implications of Worldwide Population Growth for U.S. Security Interests. Cosimo Reports.↩
6 Lanfranchi, E. (2017). Illuminati: Their History, Their Power and Future. XinXii.↩
7 McDaniel, S. (2020). Who Are the Illuminati Really?. Tales of Times Forgotten. https://talesoftimesforgotten.com/2020/06/30/who-are-the-illuminati-really/↩
8 Mercola, J. (2021). Who Owns the World?: Blackrock and Vanguard. Organic Consumers Association. https://www.organicconsumers.org/news/who-owns-world-blackrock-and-vanguard↩
9 Ronson, J. (2001). Who pulls the strings? (part 3). The Guardian. https://www.theguardian.com/books/2001/mar/10/extract1↩
10 Spence, R. (2020). The Secret Society of the Illuminati. The Great Courses Daily. https://www.thegreatcoursesdaily.com/the-secret-society-of-the-illuminati/↩
11 Washington, G. (1797). George Washington Papers, Series 2, Letterbooks 1754 to 1799: Letterbook 21,- Feb. 10, 1799. Library of Congress. https://www.loc.gov/item/mgw2.021/↩
12 Wilson, W. (2018). The New Freedom. Madison & Adams Press.↩
13 WordReference.com. (n.d.). illuminati. WordReference.com. https://www.wordreference.com/definition/illuminati↩
14 Yahoo Finance. (2021). Pfizer, Inc. (PFE) Stock Major Holders. Yahoo Finance. https://finance.yahoo.com/quote/PFE/holders/↩
15 Yahoo Finance. (2021). Meta Platforms, Inc. (FB) Stock Major Holders. Yahoo Finance. https://finance.yahoo.com/quote/FB/holders/↩