Is There Historical Evidence for the Star of Bethlehem? 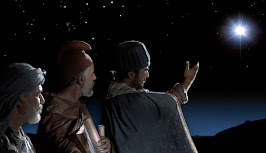 Unless God created a brand new star at this time, which is possible, of course, the most realistic explanation is that it was either a nova, or (more probably) a supernova—a gigantic explosion of an existing, but previously unknown, star. After all, the Magi called it a star, and they would surely know the difference!

Is There Historical Evidence for the Star of Bethlehem?

Unfortunately, few records of astronomical observations have survived from the distant past, and this is especially true of Western sources. The best prospect for ancient sources was the library at Alexandria in Egypt founded in the third century B.C., but all the books of this library, which might have documented a continuous catalogue of historical observations from 300 B.C. onwards, were deliberately destroyed in 641 during the Islamic conquest.[5] Still, there are a number of evidences for an unusual new star about the time of Christ’s birth, which most scholars place between 4 and 6 B.C. (since Herod died in 4 B.C.)...

1. The Star in Chinese and Korean Records

A more complete catalogue of observations has survived in China, where emperors hired professional observers to keep constant watch of the heavens for unusual phenomena and to file written reports with a government ministry. Interestingly, in the Chinese chronicles, we find the following reference:

During the interval between March 10 and April 7 of 5 B.C., a tailed comet appeared close to Alpha and Beta Capricorni and was visible for more than 70 days.[3]

Despite the use of the term “tailed comet,” which was often used interchangeably with bright novae, the chronicle contains several elements that are inconsistent with this object being a comet (e.g., no motion was indicated although the object was visible over 76 days and according to some, even over two years[1]). Thus, the “comet” was most likely a nova or supernova (see: Some Notes on the Visibility of the 5BC Chinese Star).[4]
And, this same nova is recorded in the Korean chronicles:

On March 31 of 4 B.C. a bushy star appeared close to Altair [in the constellation of Aquila].[3]

Not only does this star fall within the timeframe of Jesus’ birth but it would have been visible in the East, which is consistent with Matthew’s description (Mat. 2:2).

2. The Star on Roman Coins

Although few Roman written records have been preserved, two famous celestial events in history were commemorated on Roman coins. The first one was the most famous comet of long ago, the 44 B.C. comet, which appeared shortly after Julius Caesar’s murder and was recorded by Chinese and Korean observers. Some twenty years after the event, Augustus struck the renowned comet coin and inscribed on it the Latin words DIVVS IVLIVS (“divine Julius”), since the comet appeared during his reign and was taken as a sign of the emperor’s importance.
Interestingly, the other famous celestial event was an unusual star, visible in 2 B.C. in the sky location Aquila, that’s depicted on the less familiar star coin, which seems to have been overlooked.[5] When Augustus died in 14 A.D., his successor, Tiberius, struck a coin at the imperial mint in 15 or 16 A.D. that displays a six-pointed star above the portrait of Augustus with the Latin inscription, DIVVS AVGVSTVS, “divine Augustus.” It was commemorated at mints all across Europe from Spain to Cyprus for many decades, unlike any other star or comet in history—suggesting it was a star of startling brilliance! See: The Star on Roman Coins by Robert McIvor
Unless there had been two novae in the same constellation just two years apart, it seems likely that this was the same 4/5 B.C. star in Aquila confirmed by the Far Eastern records, and it remained visible for at least two years, similar to the 1054 A.D. supernova that formed the Crab nebula and pulsar![5] In view of Herod’s later slaughter of the children (Mat. 2:16), the star of Bethlehem may have appeared up to two years before the Magi arrived in Jerusalem.

3. The Star in the Catacomb of Priscilla

Dating back to the third century, a ceiling painting in the Catacomb of Priscilla in Rome depicts a pastoral scene of shepherds with their sheep among apple trees. To the far right of this is an image of Mary, mother of Jesus, nursing the Infant Jesus and a man, standing next to her, pointing to one of the “apples” (see image below). Upon close inspection, it appears that the apple tree and apples were actually painted over stars in the original image, in the days of the persecution of Christians in Rome, so as to nullify the religious significance. Interestingly, if we assume that all of the apples were stars, the stars are a perfect match with the constellation Aquila; except for one of them, the one the man is pointing to, which does not occur on any modern chart. The position of this star, inferred from the painting, is very close to the one observed by Chinese and Korean astronomers![2]

4. The Star in Ancient Writings

Apart from the best source of all—the inspired, inerrant New Testament—the star of Bethlehem is also confirmed in the writings of several ancient historians. For example, Ignatius, in the first century, wrote of the star as follows:

[It was] a star which so shone in heaven beyond all the stars, its newness caused excitement.[6]

Eusebius, in the fourth century, wrote:

The star was new and a stranger among the usual lights of heaven, a strange star besides the usual ones, a strange and unusual star, not one of the many known stars, but being new and fresh.[6]

And, Origen, in the third century, like the Chinese observers, interpreted the star as a comet:

The star that was seen in the east we consider to have been a new star, unlike any of the other well-known planetary bodies. Yet, it had the nature of those celestial bodies that appear at times, such as comets...[7]

Whatever may have been the exact nature of the star at Christ’s birth—supernova or supernatural—the indications of an unusual new star at about the time of Christ’s birth, from various cultures, are just another confirmation for the historical reality of the event which announced the birth of our Savior! See related article: Extra-Biblical Historical Evidence for Christianity
References:
1 Armstrong, H. L. (1978). Comment About the Star of Bethlehem. Quarterly Journal of the Royal Astronomical Society, 19, 359.↩
2 Hoffleit, D. (1984). The Christmas Star, Novae, and Pulsars. The Journal of the American Association of Variable Star Observers, 13(1), 15-20.↩
3 Kidger, M. R. (1999). The Star of Bethlehem: An Astronomer's View. Princeton University Press.↩
4 Kidger, M. R. (n.d.). Some Notes on the Visibility of the 5BC Chinese Star. Mark Kidger`s Comet and Asteroid Observing Home Page. http://www.observadores-cometas.com/cometas/Star/Visibility_Star.htm↩
5 McIvor, R. S. (2005). The Star on Roman Coins. Royal Astronomical Society of Canada, 99(3), 87-89.↩
6 Morris, H. M. (n.d.). When They Saw the Star. Institute for Creation Research. https://www.icr.org/home/resources/resources_tracts_whentheysawthestar/↩
7 Origen. (248). Contra Celsum.↩