1. Something Exists- is a very basic premise that almost everyone agrees on. In our case, that something is the universe.

2. Nothing Cannot Create Something-
The definition of nothing is no-thing. It isn’t anything, and it doesn’t have the power to do anything. Nothing can also be defined as the state of non-being.

3. Something Must Have Always Existed-
We know that there must have been something that has always existed in order to bring the thing that now exists (the universe), into existence.If we say this isn’t true, then we’re also saying that it’s possible for the universe to have come from nothing, and we know this is impossible because of premise number two.

Anything that has come into existence must have a cause. So What is the Something That Must Have Always Existed? There are only two options if we’re following the logic given in the cosmological argument.

1.  The Second Law of Thermodynamics

2.  The Universe is Expanding

For loads more evidence of a young universe see here. So to recap, here’s the cosmological argument which offers proof for the existence of God:

When we examine the universe, we can conclude that the Creator must be:

Atheists usually say that if we follow the logic in the argument, then God must have had a creator too. However, the cosmological argument only states that everything that came into existence must have a cause. God didn’t come into existence, He always was, is, and will forever be. The cosmological argument points to the first cause of the universe as Someone that has always existed. That is a part of the argument. The argument points that there must be something that did not have a cause. 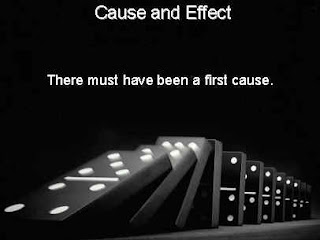