Is Facebook launching a new cryptocurrency called "Libra" in a bid to create a global economic system? 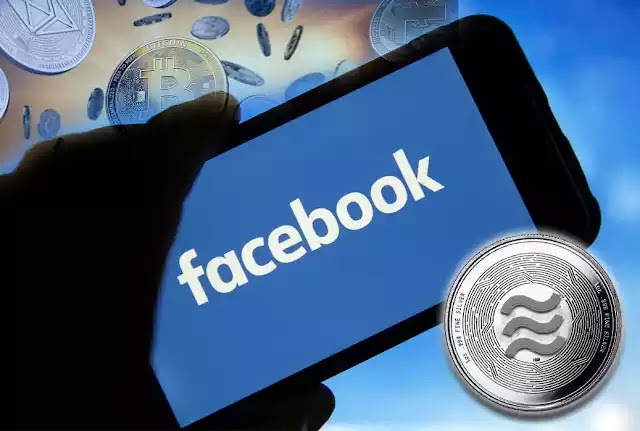 On 18th June, 2019, Facebook and 27 other partner companies — including Visa, Mastercard, PayPal and eBay — officially announced the plan to launch a digital currency called "Libra" in the first half of 2020.

Facebook’s David Marcus, who spearheaded the development of Libra, said the mission of the new cryptocurrency is to create “a simple global currency and financial infrastructure that will empower billions of people”.

It is claimed that Libra will be able to solve the issues of traditional currencies, such as banking the 1.7 billion who are unbanked (31% of the world population) and allowing for easy transfers and cross-border payments.

Perhaps even more significant, though, is the claim that Libra will overcome the obstacles that have prevented Bitcoin and other major cryptocurrencies (which we have speculated could be precursors to the money eventually used in the end times) from achieving mass adoption!

Unlike cryptocurrencies like Bitcoin, Libra will be backed by a reserve of real assets, it can’t be mined, there’s no cap on the number of Libra that can be produced, and it won’t be decentralized at launch. Mastercard’s executive vice president of digital solutions, Jorn Lambert, noted that Libra's status as a stablecoin, and its central regulatory body, potentially make it the first real cryptocurrency solution that can be used for payments worldwide.

In fact, Facebook's unprecedented user base is the only global population that's big enough to organize around a single currency, according to vox.com, and many believe Libra will leverage Facebook’s more than 2.7 billion monthly users to finally bring cryptocurrencies into the mainstream. See: Facebook may have too many users for its cryptocurrency to fail — even if you don’t trust it


However, others have questioned the motives behind the initiative. Facebook has already shown that it has complete disregard for users' privacy and freedom of speech (e.g. silencing voices and selling private data to advertisers). Phil Chen, a cryptocurrency expert who pioneered HTC’s first blockchain smartphone, says, “If you’re concerned with Facebook knowing too much or having too much access to your private data, well this global coin is the most invasive and dangerous form of surveillance they have designed thus far.”

George McDonaugh, the co-founder of blockchain investment firm KR1, says that the new currency is all about collecting more valuable information from people. “Let’s cut to the chase, Facebook – and Libra’s supporting corporations – are doing this for one reason and that’s data... this is all about Facebook enriching their reservoirs of data, knowing who you are, what you’re buying, who you’re paying and how much you have.”

Those skeptical of Facebook’s creation of their own cryptocurrency have every right to be. The Bible says a time will come when a global dictator will control all buy and sell transactions:


“He causes all, both small and great, rich and poor, free and slave, to receive a mark on their right hand or on their foreheads, and that no one may buy or sell except one who has the mark or the name of the beast, or the number of his name.” (Revelation 13:16-17)


It is too early to tell whether Libra will become the global electronic payment system the Antichrist uses to control the world in the last days, but make no mistake, when you see financial heavyweights Visa, Mastercard, PayPal, Stripe, eBay, Uber and many others coming together and investing nearly up to a billion dollars in the currency, know that you will soon be able to use cryptocurrency anywhere and everywhere you shop — just as the Bible predicted, 2,000 years ago!

On a side note, it's interesting that Facebook chose to name its new cryptocurrency Libra. Is it a coincidence that Facebook is naming it after an astrological zodiac sign, a system that revolves around the occult? I don't know, but I do know that the symbol for Libra represents judgment; it also invokes the Greek letter Omega, which represents "the end," so take heed!

The bottom line is that prophecy is aligning right in front of us, and this announcement brings us ever closer to Christ's return. Are you ready? Or will you be left behind?

UPDATE (28/06/19): Steve Forbes, Chairman and Editor-in-Chief of Forbes Media, urges Mark Zuckerberg (CEO of Facebook) to consider changing Libra’s name to the “Mark,” referencing the bad luck history of the “Libra” term. Does that name remind you of anything? Read more: https://cointelegraph.com/news/steve-forbes-tells-zuckerberg-use-gold-to-back-libra-call-it-the-mark